Resistor color codes helps to read resistance, tolerance and voltage. Other than these three values, there is another important parameter required, for using the resistor in a circuit. This is power rating of a resistor.It is very important to use correct power rated resistor in the circuit to prevent the circuit from damaging.

What is the meaning of power rating?

How resistors are rated? 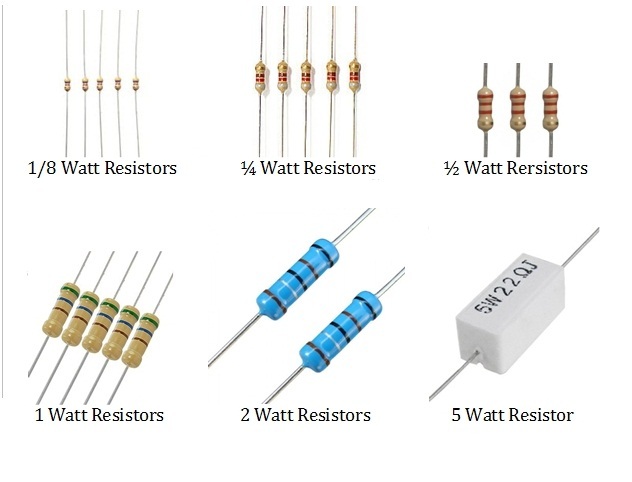 How to determine wattage of a resistor?

Electrical power is given as P=V x I

Where v is voltage

Where R is resistance

Here is example to calculate the resistor rating to be used in a circuit.

Consider a circuit powering a led with a source voltage of 12v and resistance of 800 ohms. Now calculate what wattage resistor can be used in the circuit?

Power resistors can also be made in the form of Surface Mounted Devices.

Because of their small size, the power dissipation capacity of SMD resistors is less than grid type resistors and water resistors.