In electronic circuits, it is essential that the input of a logic system is maintained or settled at a well-defined and a fixed logic value under all conditions. The logic circuits have three possible states viz. high, low and high impedance. High impedance state occurs when a pin is left floating i.e. not connected to either high or low. Hence it is also called as floating state. 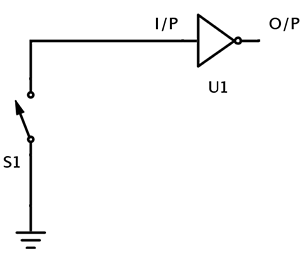 Here, the gate U1 which is an inverter has two pins – input pin and output pin.

When the switch S1 is closed, the input pin is connected to a definite electrical potential i.e. to ground in this case. Hence the state of input is low and the state is stable.

When the switch S1 is open, the input pin of U1 is in floating state i.e. not connected to any thing. In this case the input state of U1 is undetermined. This is a very weak state. Electrical noises in the circuit will cause wide array of problems. Due to these electrical noises, the input of the gate becomes high or low. 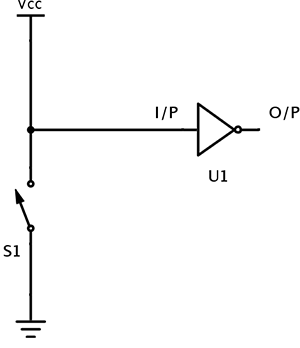 But there is a problem in the circuit when the switch is closed. When the switch is closed, there is a direct connection between VCC and ground. This direct connection will short the circuit. The least expected in this case is the entire system will cease to work. The worst case scenario is it will burn up the wires and the components connected to them.

The reason for this is the direct connection of VCC and ground will allow a large current to flow from VCC to ground. This connection generates great heat that might burn up wires and parts and may even start fire.

Hence it is essential to limit the amount of current that flows in the circuit.

A resistor is used in this scenario to avoid this problem. The function of this resistor is to limit the amount of current that flows in the circuit, when the switch S1 is closed. This resistor is named as Pull up resistor since it pulls the input to logic HIGH initially. 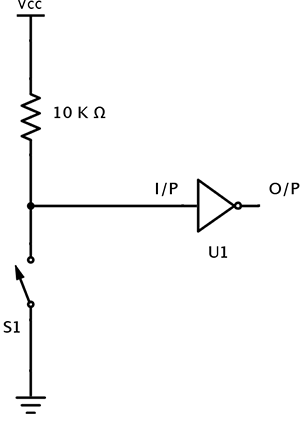 When the switch S1 is open, the input pin is connected to VCC through the resistor. This will make the state of the input pin as logic High.

When the switch is closed, the input pin of the gate is connected to ground. This will make the state of the input pin as logic Low.

The amount of current flowing from VCC to ground when the switch is closed can be calculated using Ohm’s law.

A pull up resistor is used in logic circuits to ensure that a pin is pulled to logic high in the absence of an input signal. Microcontrollers are used in embedded systems which are real time systems. Because of this the microcontrollers are sensitive to the smallest change in their inputs. Hence it is necessary to make sure that the input of a microcontroller will not be in a floating state.

For example consider the following logic in a Microcontroller.

If the pull up resistor is absent then there is a direct connection between supply and ground which is considered as short circuit.

Selection of a correct pull up resistor is an important task. When the pull up resistor value is low, the condition is called Strong pull up. This is because more current flows through the input pin.

In contrast, when the pull up resistor value is high, the condition is called Weak pull up. This is because less current flows through the input pin.

There are two conditions that are needed to be satisfied while selecting a pull up resistor.

1. When the switch is closed, the input is connected to ground and is pulled to logic low. The value of the resistor R1 will decide the amount of current that flows from VCC to ground.

2. When the switch is open, the input pin of the microcontroller is pulled to logic high. The value of the resistor R1 will decide the voltage on input pin. 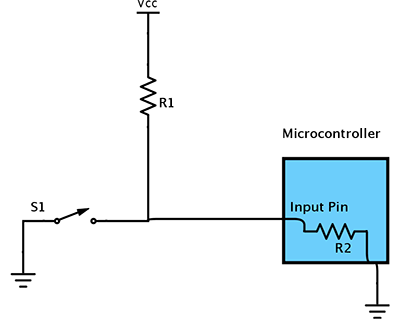 The resistance of the input pin of a microcontroller can be anywhere between 100 K Ω to 1 M Ω. Generally the value of the pull up resistor R1 is chosen in the region of 10 K Ω to 100 K Ω.

But when a large pull up resistor is chosen, the response of input pin is slow to the changes in voltage. This is because the input signal fed to the input pin will come from a system which is a capacitor coupled with pull up resistor. This combination forms an RC filter. This RC filter will take time to charge and discharge. This time can be calculated using the equation

If high data rates are required then the value of pull up resistor should be considerably less, generally it is in the order of 1 K Ω to 4.7 K Ω.

The applications of pull down resistors are similar to pull up resistors except that it pulls the input pin to logic low initially. 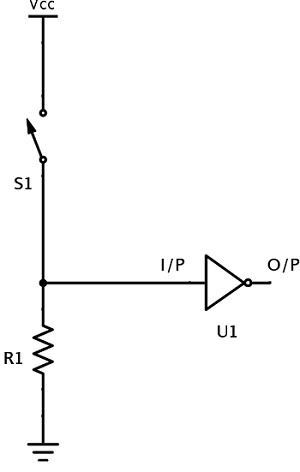 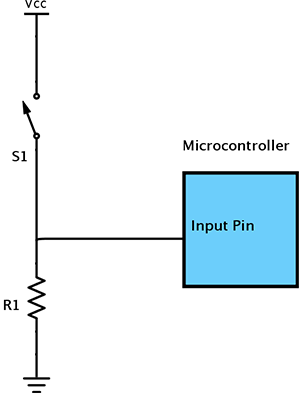 Current limiting is a process of setting an upper limit to the amount of current that flows through a component or a circuit. The purpose of limiting the current is to avoid effects like short circuit. Resistors can be used as current limiting devices.

The best example is powering up a Light Emitting Diode (LED). An LED is a semiconductor device that emits light when a small current flows through it. The current in an LED is unidirectional just like a normal PN junction diode. The internal resistance of an LED is very low. When it is directly connected to a power supply, it will burn up.

Hence to power up an LED, a voltage source and a resistor are connected in series to LED. These resistors are called Ballast Resistors. LED’s are very sensitive to current. To light an LED few milli amperes of current is sufficient. All LED’s are designated with their current ratings. Hence we can choose an appropriate resistor that limits the current flow through the light emitting diode and prevents it from burning.

If the current rating of an LED is 0.15 amps then the value of the resistor for a supply of 5 V is calculated as follows (Assume Led rated voltage is negligible).

In some cases both voltage rating and current rating of the LED are specified. In such cases the appropriate resistance can be calculated using the below formula 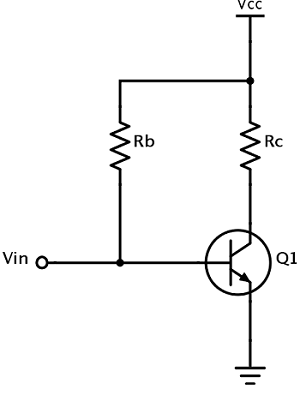