LC oscillators are widely used to generate high frequency waves, hence these are also called as RF oscillators. It is possible to produce the frequencies at higher range (above 500 MHz) with the practical values of inductors and capacitors.

These types of oscillators are used in RF generators, high-frequency heating, radio and TV receivers, etc. These oscillators use a tank circuit consisting of inductor L and capacitor C elements. Before discussing about the LC oscillator circuit and its working, let us discuss about the basic operation of LC tank circuit.

A tank or oscillatory circuit is a parallel form of inductor and capacitor elements which produces the electrical oscillations of any desired frequency. Both these elements are capable of storing energy. Whenever the potential difference exists across a capacitor plates, it stores energy in its electric field.

Similarly, whenever current flows thorough an inductor, energy is stored in its magnetic field. The below figure shows a tank circuit in which inductor L and capacitor C are connected in parallel. 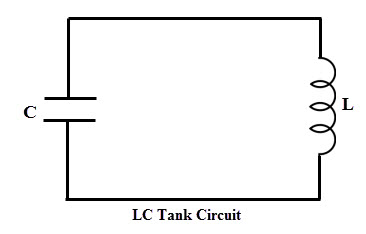 Let us understand the concept of electrical oscillations produced by this circuit. Consider that the capacitor is initially charged with a DC source having the polarities upper plate positive and lower plate negative as shown below. 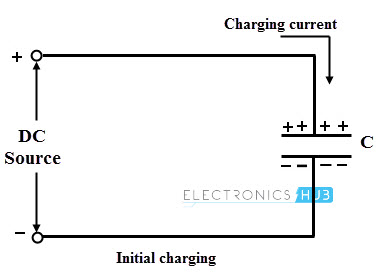 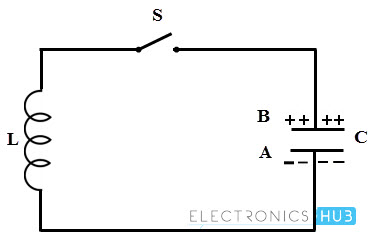 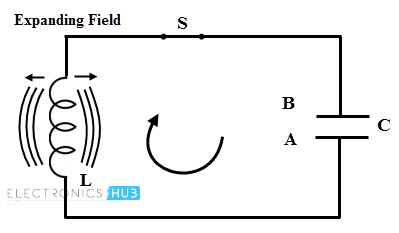 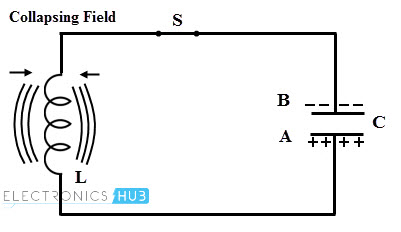 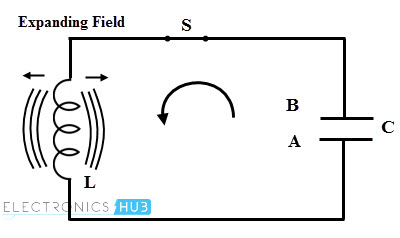 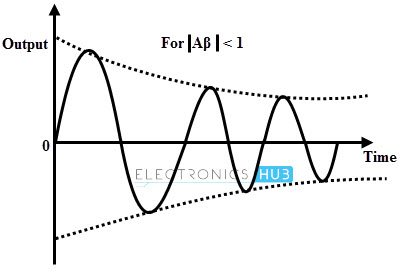 If the circuit with capacitor, inductor and resistor is excited with constant voltage with time varying frequency, then the reactance of both inductor-resistor RL and capacitor-resistor RC are also varied. Thus the amplitude and frequency of the output are varied as compared with input signal.

At a particular combination of capacitor and inductor, this circuit becomes resonant or tuned circuit that has a resonant frequency at which both inductive reactance and capacitive reactances are identical and cancel with each other.

Hence there will be only resistance is present in the circuit to oppose the flow of current and therefore there will be no phase shift current from the voltage by using a resonant circuit. The current is in phase with the voltage.

The sustained oscillations can be obtained by providing the supply energy to L and C components. Therefore, LC oscillators use this tank circuit to produce the oscillations.

The frequency of oscillations generated by this tank circuit entirely depends on the values of capacitor and inductor and their resonance condition. It can be expressed as

As mentioned above that a LC oscillator consists of an amplifier and tuned LC circuit as feedback network. For the LC oscillator circuit, amplifier stage can be built by using active devices like op-amp, bipolar junction transistor, or FET.

The basic form of the oscillator is shown below with amplifier gain A. The feedback network consists of impedances Z1, Z2 and Z3 which can be either capacitance or inductance. This feedback network is supplied with the output of amplifier. 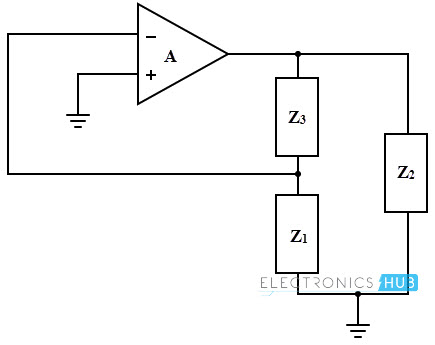 The amplifier circuit provides 180 degrees phase shift while additional phase shift of 180 degrees is provided by the feedback circuit to satisfy the condition of oscillations. Consider the equivalent circuit of the LC oscillator in which Ro is the output resistance of the amplifier and ZL is the load impedance connected at the output of amplifier. 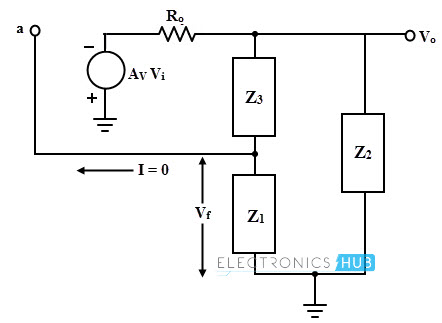 The negative sign indicates the 180 phase shift in the amplifier stage.

By considering the feedback, feedback network gain is given by

To satisfy the Barkhausen condition of oscillations, – Aβ must be equal to 1, then

This is the required loop gain expression.

Solving the loop gain expression with ZL then we get

To produce the 180 phase shift by this feedback network, the imaginary part of the denominator must be zero, i.e.,

Then the equation becomes,

But the Barkhausen condition is – Aβ = 1. Then