Land mines buried under the ground causes threat to the lives and affect the economy of the nation. Detection and removing of these mines manually is a dangerous task, which may sometimes causes accidents. In such situations robots aid in detection of the land mines. Not only  land mines, these robots can be used to detect any other metals presented in the ground. This article explains the metal detection robot that uses RF technology. Before going to know about this metal detector robotic vehicle, get an idea about how a metal detector circuit works. 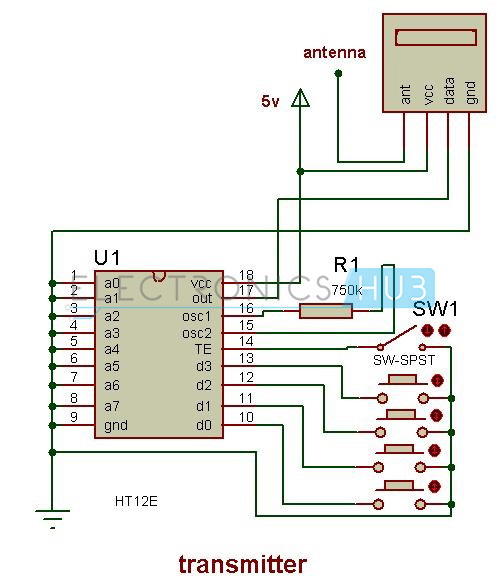 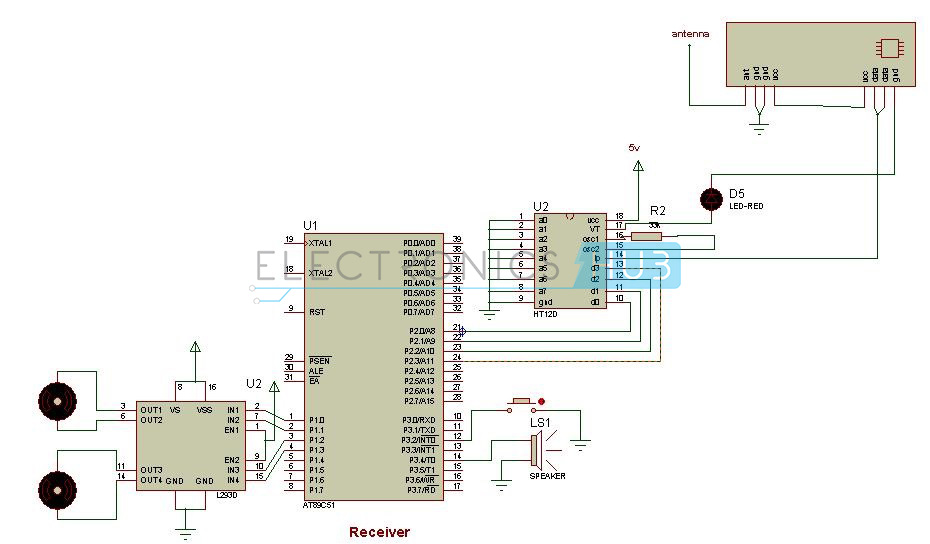 Metal detector is connected to the pin 3.2 of the microcontroller. Here in place of metal detector a push button is connected. Metal detector plays a main role in the circuit. This will have an oscillator inside it, which produces an alternating current that passes through the coil producing an alternating magnetic field. When any metal is present near the coil this induces magnetic field and thus it can be detected by using another coil which detects the change in the field.

L293d is a motor driving IC .This IC is used to drive the motors.L293d has h-bridge internally. To know more about this IC refer L293D Datasheet.

The transmitter can operate the robot only in the range of RF that is approximately 30 metres.