Have you ever made your own robot? Here is a very simple and easy robot. In this project, I will explain how to design and build a Line Follower Robot using microcontroller. The Line Follower Robot is a basic robot that follows a specific path indicated by a line (usually a black line on a light colored surface) having some particular width. 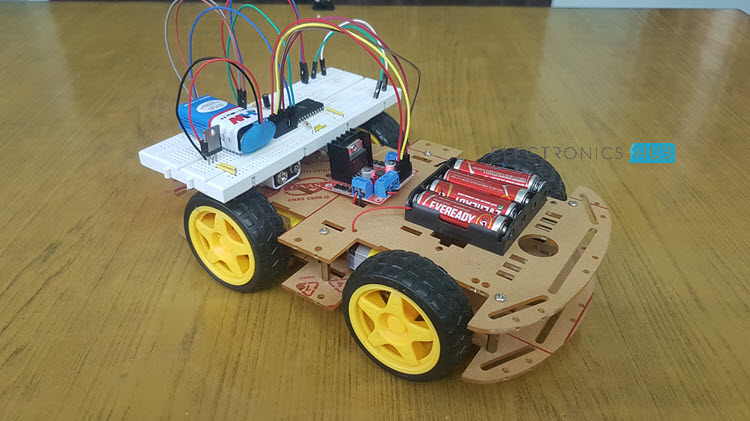 This circuit mainly consists of 8051 microcontroller, two IR sensors, motors and motor driver IC (embedded in a module). The line follower robot needs mechanical arrangement of the chassis. I have used a 4WD Acrylic chassis. The two IR sensors are mounted on the fron of the robot facing with the diodes facing towards Earth.

Do you know about How Remote Controlled Spy Robot Circuit Works?

IR sensor consists of IR transmitter and IR receiver on a board. When the vehicle is moving on a black line, IR rays are continuously absorbed by the black surface and there is no reflected ray making output high. Whenever, the robot moves out to the white surface, it starts reflecting the IR rays and making the output low. Thus depending on the output of IR sensor microcontroller indicates the motors to change their direction. 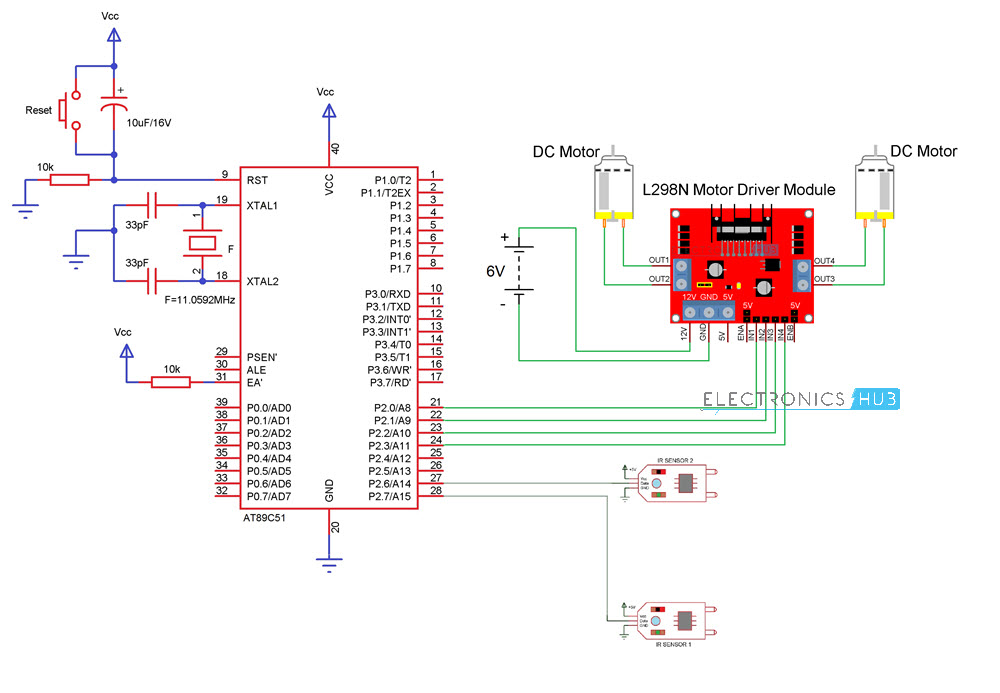 Components in the circuit

How to Design a Line Following Robot?

The DC motors of the robot are connected to the controller using a motor driver IC. As the output of the controller is maximum 5V with very small current, it cannot drive the motors. So, to amplify this voltage motor driver IC is used. L298N can drive motors up to 36v and can provide a drive current of 3A.

The driver IC has 15 pins and is usually available in multiwatt15 Package. These ICs are easily available in the market as Modules. The inputs to the Motor Driver Module are connected to PORT2 pins P2.0, P2.1, P2.2 and P2.3.

Since this is an analog output, we can convert it to a digital HIGH and LOW with the help of a simple comparator IC like LM358, for example. The IR Sensor Module used in this project uses the same configuration and the circuit diagram is shown below. 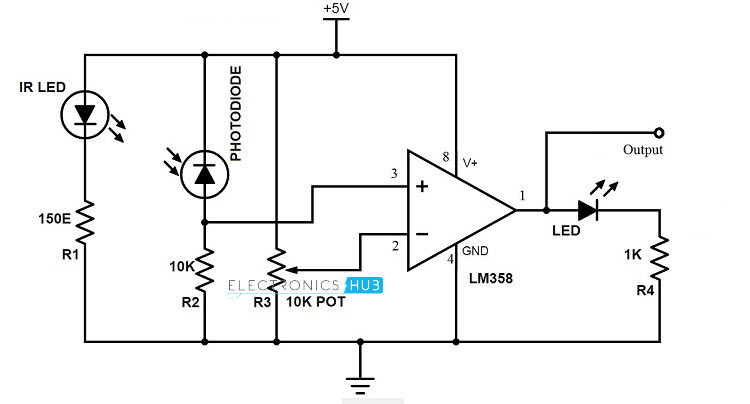 As the intensity IR rays received by the receiver increases, resistance value decreases and reverse break down occurs. Thus voltage through the resistor is grounded. So, at the output pin, it will produce 0V. 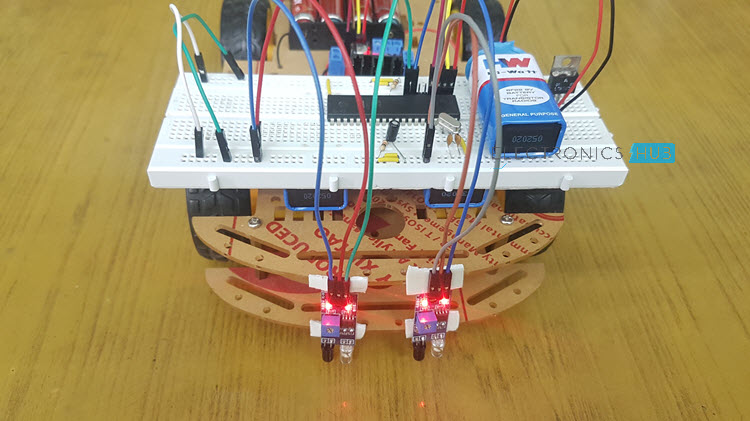 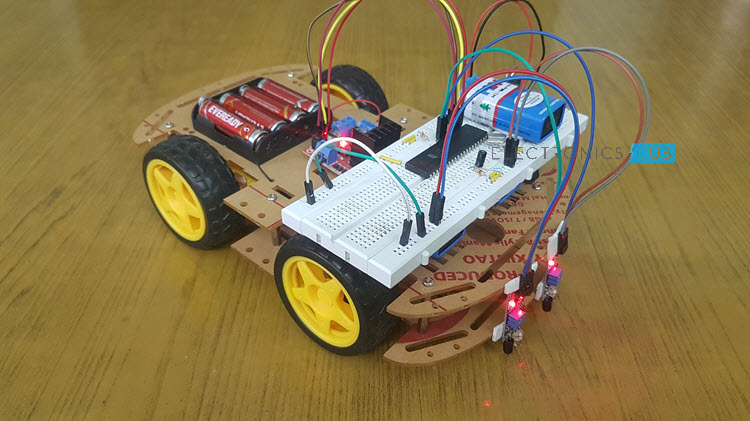 Note: If anybody interested on more robotics projects, visit the page: Robotics Projects