Before continuing with this tutorial, read the 8051 MICROCONTROLLER INTRODUCTION.

Basic Components of a Microcontroller

The difference between a Microprocessor and a Microcontroller is the availability of the on – chip peripherals like Memory (both RAM and ROM), I/O Ports, Timers / Counters, Communication Interfaces (like Serial Port), etc. 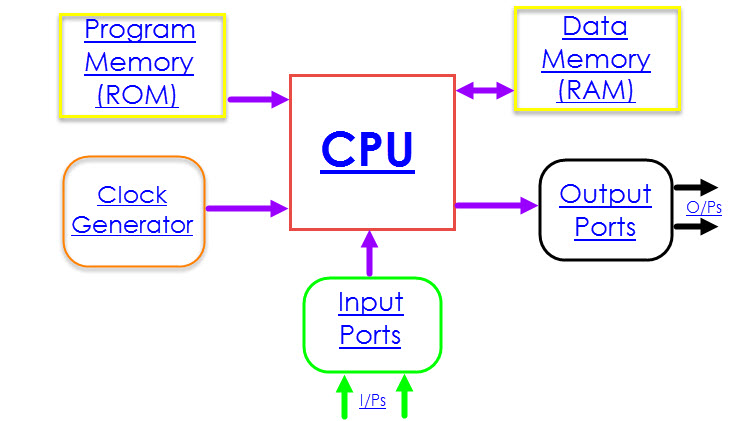 It is the heart of the Microcontroller that mainly comprises of an Arithmetic Logic Unit (ALU) and a Control Unit (CU) and other important components. The CPU is the primary device in communicating with peripheral devices like Memory, Input and Output. 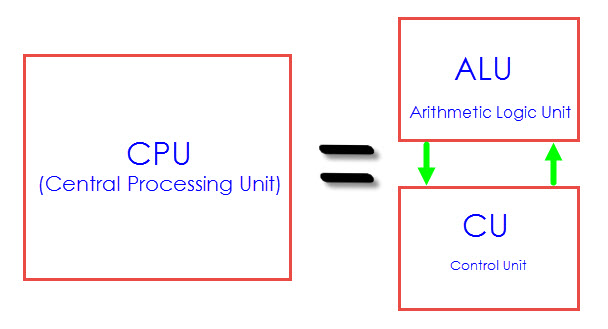 ALU or Arithmetic Logic Unit, as the name suggests, performs the Arithmetical and Logical Operations. CU or Control Unit is responsible for timing of the communication process between the CPU and its peripherals.

The instructions of the CPU are stored in the Program Memory. It is usually implemented as Read Only Memory or ROM, where the Program written in to it will be retained even when the power is down or the system is reset.

Modern Program Memory Modules are generally made up of EEPROM (Electrically Erasable Programmable Read – only Memory), which is a type of non – volatile memory.

In this type of memory, the data can be erased and reprogrammed using special programming signals.

When the microcontroller is powered on or manually reset, the processor executes a set of instructions from a pre-defined memory location (address) in the Program Memory.

Data Memory in a Microcontroller is responsible for storing values of variables, temporary data, intermediate results and other data for proper operation of the program.

Data Memory is often called as RAM (Random Access Memory), which is a type of volatile memory. It is generally organized as registers and includes both Special Function Registers (SFRs) and user accessible memory locations.

The data from the input ports is manipulated (depending on the application) and will determine the data on the output port.

Output Ports allow microcontroller to control external devices (like motors and LEDs). Generally, all ports in microcontrollers have dual functionality i.e. they can act as both input and output port (not at the same time though).

A clock signal allows the operations inside the microcontroller and other parts to be synchronous. A Clock Generator is an integral part of the Microcontroller’s Architecture and the user has to provide an additional Timing Circuit in the form of a Crystal.

Whenever we are starting to work on a new device like a TV or Washing Machine, we would start by understanding the capabilities of the device. We try to understand the different features of the device like Motor RPM, load capacity and Power Consumption, in case of a washing machine.

In the next section, we will see the 8051 Microcontroller Architecture and few of its important features. In – depth details about some important features like 8051 Memory Organization and 8051 Input / Output (I/O) Ports will be discussed in a new tutorial. 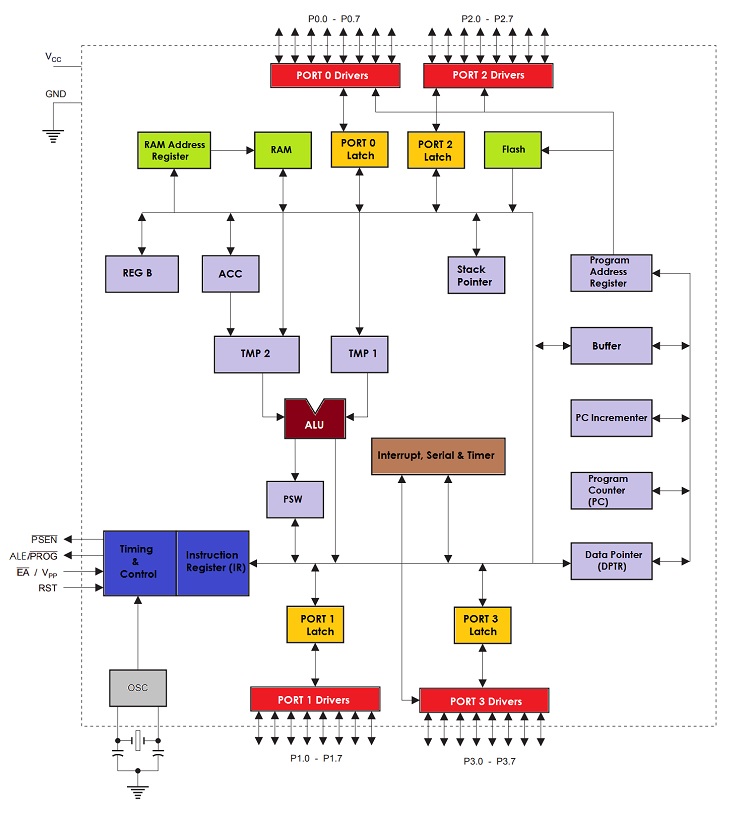 All these different peripherals inside the 8051 Microcontroller will communicate with each other via the 8 – bit Data Bus, also known as the internal data bus.

NOTE: Some of the features like internal ROM and RAM will vary with the specific model of the 8051 Microcontroller.

In this tutorial, we have seen a brief note on the 8051 Microcontroller Architecture. In the next 8051 Tutorial, we will see the 8051 Memory Organization and I/O Ports.