Before going into the details of Analog and Digital Circuits, let us take a quick look at Electronics, typical electronic system and different types of signals.

Electronics, as a major sub branch of Electrical Engineering, has been an important part of engineering world as well as a normal human being from the mid twentieth century.

As a branch of electrical engineering, electronics deals with flow of current, but this current flow is due to a controlled flow of electrons (or charge carriers, to be generic) in gas or vacuum in early stages to solid state semiconductors in modern devices.

In fact, the major breakthrough in the field of electronics is the use of Semiconductor materials, which made electronic circuits and devices small, cheap, reliable and consume very low power.

A majority of applications of electronics are in the field of communication. So, let us take and example of a simple communication system and see what a typical electronics system looks like.

The system of discussion is the Public Addressing System. If the speaker wants to address a large set of audience like in an auditorium or a concert stadium, he (or she) speaks in front of a device called Microphone or simply Mic.

The amplified signal can now be fed to loudspeakers in order to drive them.

The main motivation of designing and building an Electronic Circuit or a System is to process information or energy. Amplifier, Radios, Computers etc. are examples of typical electronic systems which process the information as seen in the previous Public Address System example.

The other purpose of electronic system is to process power as in case of the complex power supplies or the simple light bulb. Irrespective of the purpose i.e. to process information or energy, these physical quantities are represented as signals or electrical signals in an electronic circuit, to be specific.

These electrical signals can be either current or voltage and a network of electronic circuit will process these signals. 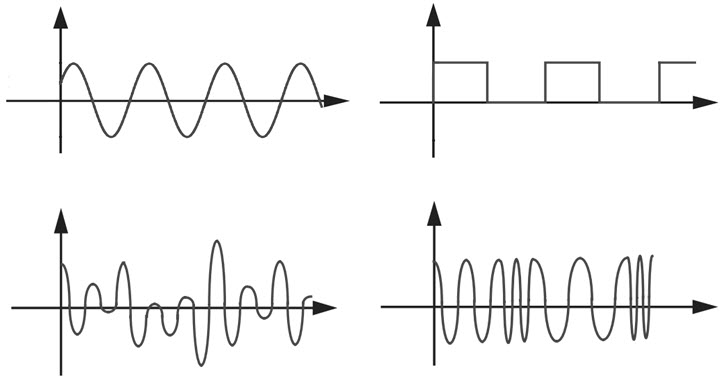 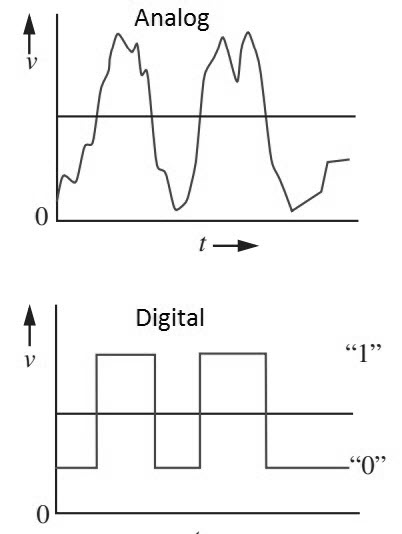 Traditionally and historically, all electronic devices processed analog information only. But the developments in technology has led to using digital signals for easy processing and such techniques are called Digital Signal Processing.

Classification of Electronic Circuits and Systems

The interconnection of many such circuits, where each circuit performs a specific task, results in a complete Electronic System or device. The design of electronic circuits can be undertaken in two ways based on the above understanding of Analog and Digital Signals. They are:

Now, let us see each of these types with simple examples.

The following is an example of a simple Analog Circuit. 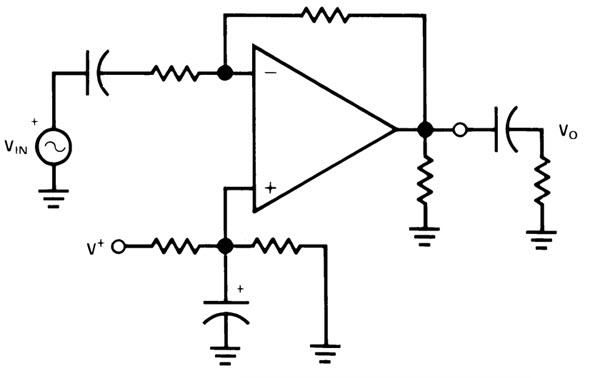 On the contrary, a Digital Circuit is also a type of an electronic circuit that is predominantly built using Digital electronic components to process digital signals. At low level, the digital circuits consist of a combination of transistors, logic gates (AND, NAND, NOT etc.) and at high level, microcontrollers and processors.

The following is an example of a simple digital circuit built using CD4017 Counter IC. 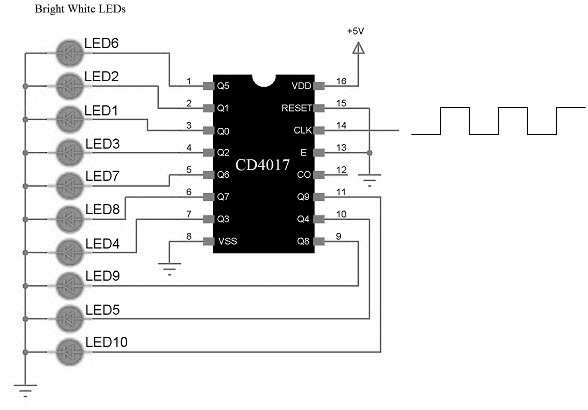 This might not be clear but if you take a look at the internal structure of the CD4017 IC, you will see that it is essentially constructed using AND Gates, NOR Gates, Inverters, Flip-flops and buffers. 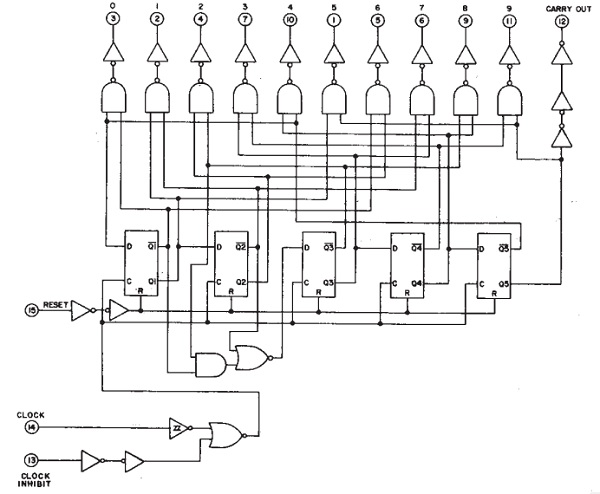 All the modern computers work in digital realm even though they are built using analog electronic components. Since most of the physical world is analog, the analog signals must be converted to digital signals before the computers can perform any operations.