An LED or a Light Emitting Diode is semiconductor device that emits light due to Electroluminescence effect. An LED is basically a PN Junction Diode, which emits light when forward biased.

The reason for such wide range of implementation of LEDs is its advantages over traditional incandescent bulbs and the recent compact fluorescent lamps (CFL). Few advantages of LEDs over incandescent and CFL light sources are mentioned below:

Because of these advantages, LEDs have become quite popular among a large set of people. Electronics Engineers, Electronic Hobbyists and Electronics Enthusiasts often work with LEDs for various projects.

Hence, an article about Light Emitting Diodes, which focuses on different topics like Basics of LED, Types of LED and characteristics of an LED, would benefit all. So, let us start with the basics of LED.

As mentioned in the introduction, an LED is a semiconductor light source. It consists of a PN Junction Diode and when voltage is applied to the LED, electrons and holes recombine in the PN Junction and release energy in the form of light (Photons).

The light emitted by an LED is usually monochromatic i.e. of single color and the color is dependent on the energy band gap of the semiconductor.

Light Emitting Diodes can be manufactured to emit all the wavelengths of visible spectrum i.e. from Red (620nm to 750nm) to blue – violet (380nm to 490nm). 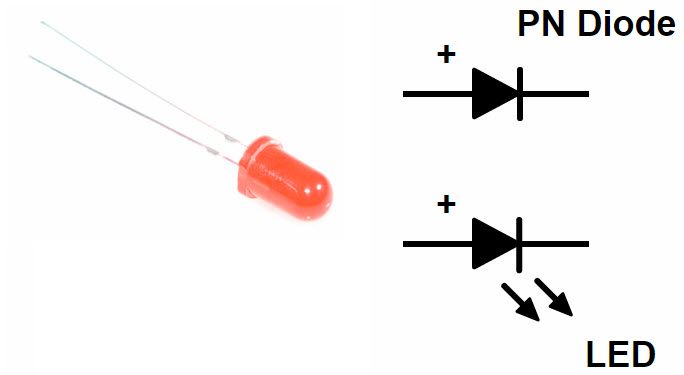 Before connecting an LED is a circuit and start using it, there are few characteristics of LED that are worth knowing (actually, they are very important). If you refer to any of the datasheets provided by the manufacturer, you can find a lot specification corresponding to electrical characteristics, absolute maximum ratings, physical dimensions etc.

I’ll not bore you will all the characteristics but only with three important ones. They are the Polarity, Forward Voltage and Forward Current.

Polarity is an indication of symmetricity of an electronic component. A Light Emitting Diode, similar to a PN Junction Diode, is not symmetric i.e. it allows current to flow only in one direction. 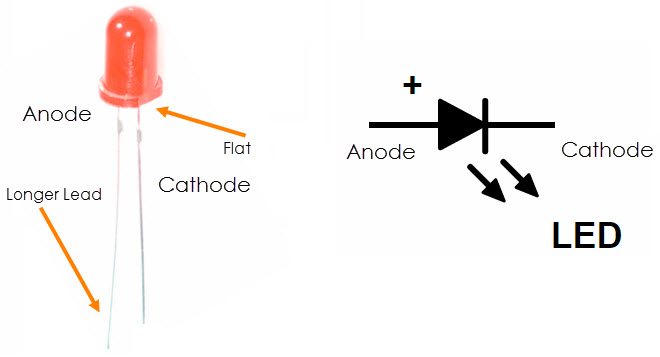 What happens if we connect the LED in reverse direction? Well, nothing happens as the LED would not conduct. You can easily identify the Anode terminal of an LED as they usually have longer leads. 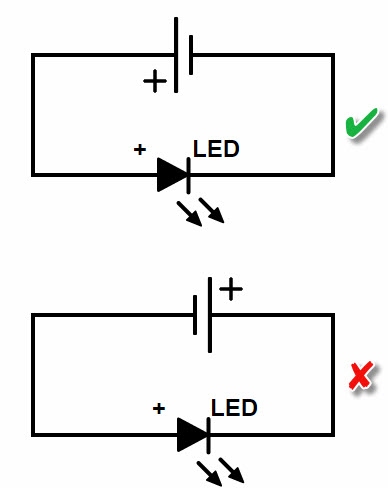 Every LED is rated with a maximum forward current that is safe to pass through it without burning off the LED. Yes. Allowing current more than the rated current will actually burn the LED.

Light Emitting Diodes are also rated for forward voltage i.e. the amount of voltage required for the LED to conduct electricity. For example, all 5mm LEDs have a current rating of 20mA but the forward voltage varies one LED to another.

The following image shows the circuit of a simple LED Circuit consisting of a 5mm White LED with a 5V power supply.

So, in order to regulate the current and voltage, we have used a 180 Ω Resister rated for ¼ Watts of Power Dissipation. 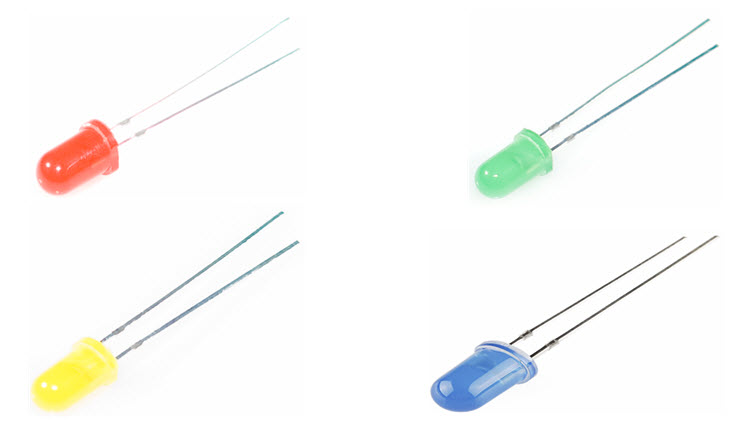 Surface Mount or SMD LEDs are a special packages that can be easily surface mount on a PCB. SMD LEDs are usually differentiated based on their physical dimensions. For example, the most common SMD LEDs are 3528 and 5050. 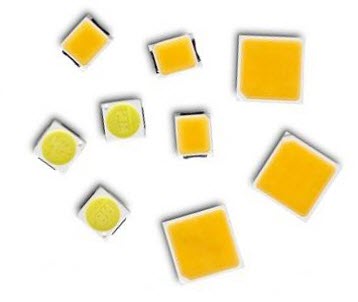 The next type of LEDs are Bi-color LEDs, as the name suggests, can emit two colors. Bi-color LEDs have three leads, usually two anodes and a common cathode. Depending on the configuration of the leads, the color will be activated. 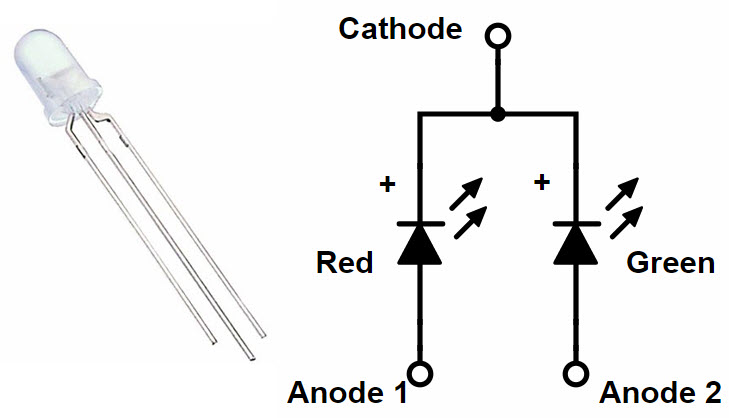 RGB LEDs are the most favorite and most popular LEDs among hobbyists and designers. Even computer builds are very popular for implementing RGB LEDs in Computer Cases, Motherboards, RAMs, etc.

RGB LED contains 3 LEDs on a single chip and by a technique called PWM (Pulse Width Modulation), we can control the output of the RGB LED to produce a wide range of colors.

An LED with power rating greater than or equal to 1 Watt is called a High Power LED. This is because, normal LEDs have a power dissipation of few mill watts.

Since the power dissipation of High – power LEDs is high, proper cooling and usage of heat sinks is required. Also, the input power requirement for these LEDs will be usually very high.

In this article, we have seen about basics of LED and few important characteristics of LED. In the next tutorial, we will see How an LED works and the construction of an LED.