A circuit that can be AC or DC is the combination of active elements (power supply sources) and passive elements (resistors, capacitors and inductors). Thus, the circuit theory or analysis helps to understand the circuit behavior or characteristics by finding out the voltages and currents in various elements in a circuit by using different techniques. So let us discuss in brief about basic concepts of electricity before we could deal with DC circuit theory in later articles.

According to the atomic theory, every material is made up from the atoms. This atom consists of centrally charged nucleus with a surrounded electrons based on Niels Bohr atom model. The nucleus consists of neutrons and positively charged protons. Electrons are negatively charged particles and rotate around the nucleus. This atom has an equal number of protons and electrons and a great force of attraction exist between these opposite charges results the electrons to track the nucleus. 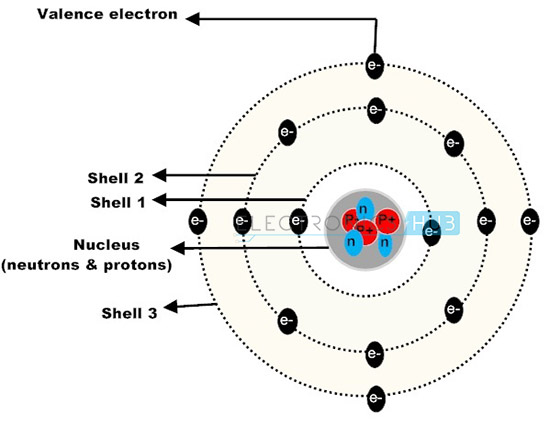 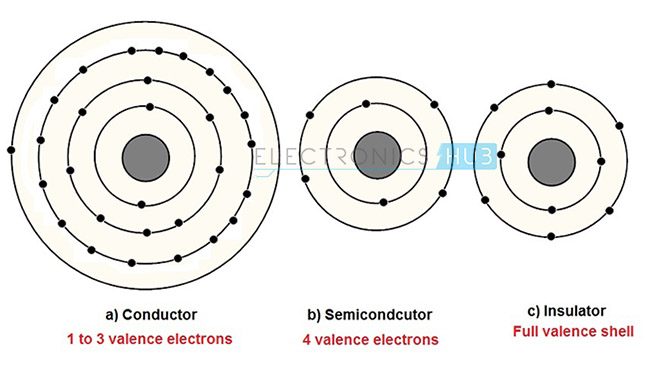 As from above atomic theory, the flow of electrons gives the electricity. We know that like charges repel whereas unlike charges attract. The separation the charges makes negative charges to accumulate at one terminal and positive charges to other terminal with the application of source. The current starts to flow when the path is made between these two charges. The unit of the charge is Coulomb and it has a charge of 6.25 X 1018 electrons. The external force or voltage applied causes the charge to move and the rate at which the charge flow is decided by the amount of voltage applied.

Introduction to Simple DC Circuit and Its Parameters

We know that the electricity is of two types, Alternating Current (AC) and Direct Current (DC). A circuit that deals with AC is referred to as AC circuit and a circuit with DC source is termed as DC circuit.  As of now we only discuss about DC circuit and its theory. The DC source allows the electricity or current to flow with an unvarying polarity that doesn’t change with time. A simple DC circuit is given in below figure to make the reader get aware of DC circuit components and its parameters. 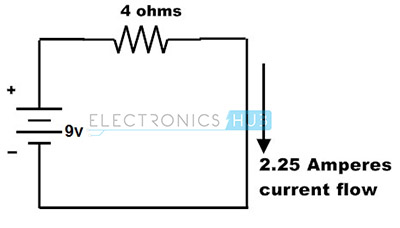 The above DC circuit consists of the voltage source and resistance with a specific current flow. So let us know about these parameters in brief.

The potential difference between two points or voltage in an electric circuit is the amount of energy required to move a unit charge between two points. It is measured in Volts and indicated with a letter V as shown in below figure. This voltage can be either positive or negative and expressed mostly with prefixes like KV, mV, uV, etc. to denote sub-multiples of the voltage. Batteries and generators are the most commonly used DC voltage sources which can produce the DC voltage from 1V to 24V DC for functioning of general electronic circuits. 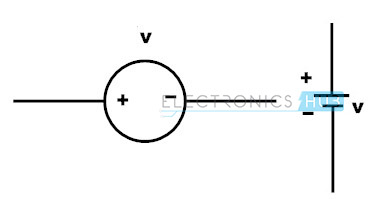 It is the flow of electrons or electric charge. It is measured in Amperes or simply Amps, and denoted by the letter ‘I’ or lower case i. This electric current can be direct or alternating. The Direct Current (DC) flows in a unidirectional way and generally it is produced by batteries, solar cells, thermocouples, etc. In case of AC, electric charge movement periodically changes as we can observe in case of sine wave.

Generally in circuits the direction of current flow is indicated with a letter I or lower case I with an arrow associated with it. But this direction actually indicates the conventional current flow rather than actual electron current flow. 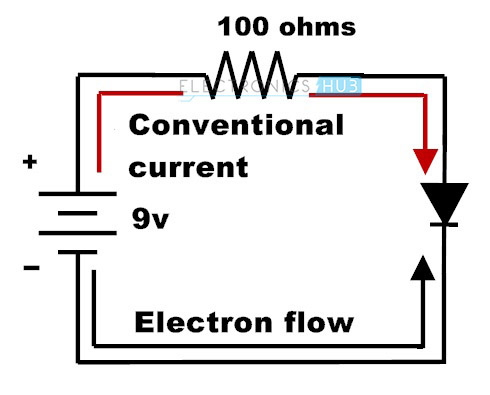 The difference of conventional and actual electron flow does not effect on any computational results and real time behavior. Most of the analyzing concepts of DC circuit results are independent of the direction of current flow. However, the conventional current is the standard and mostly follows.

The resistance of a conducting material opposes the flow of electrons. It is measured in ohms and denoted by the Greek symbol Ω.  Depends on the resistor value in a circuit voltage applied to the circuit is decided. Thus, resistance can be defined as the voltage required for a circuit for making 1 ampere current flow. This also referred as Ohm’s law and written as R = V/I. That means if a circuit requires 200V to produce 2A current then the resistance should be 100 ohms. The resistance value is always positive. Resistors can be fixed or variable resistors as shown in figure.

The power is termed as the work done in a given amount of time. In electrical circuits, power is exactly equal to the product of voltage and current. Since the voltage is the work per unit charge and current is the rate at which electrons move in a circuit. The Power is measured in watts (W) and its formula is

According to Ohms law,

Substituting in the above equation,

Or also, by substituting I = V/R, we can get

These three possible formulas are used for finding the power associated with a circuit.

Consider an electric bulb or lamp rated at 100W is connected to a supply source of 250V. Find out the current flowing to the load, the resistance of the lamp and the energy dissipated in two minutes. 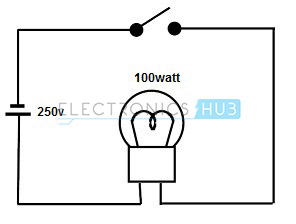 From the power formula we know that P = VI

From the ohms law,