A branch of physics deals with electric current or fields and magnetic fields and their interaction on substance or matter is called Electromagnetism. Electromagnetism has created a great revolution in the field of engineering applications. In addition, this caused a great impact on various fields such as medical, industrial, space, etc.

We can find enormous practical application of electromagnetism in everyday life from domestic appliances to research applications.

In domestic applications we can observe the phenomena in lighting, heating and kitchen appliances  , in communication systems this exist in all telecommunication equipments and communication networks , in industrial systems this can be applied in motors, generators, sensor and actuator devices, etc.

If a current carrying conductor wound on a high permeability core (or iron core) creates an electromagnet. If this electromagnet is excited with a source of supply, then the magnetic field is produced. The strength of the magnetic flux depends on the current flowing through the electromagnet and the number of turns wounded on it.

Although all current carrying conductors produce magnetic fields, an electromagnet is specially constructed to maximize the strength of the magnetic field for a specific function.

The magnetic fields produced by electromagnets used for special functioning of the devices. Such devices include transformers, relays, motors, etc. In transformer the magnetic field produced causes the emf to generate in secondary coil such that voltage transfer is carried between two magnetically coupled circuits.

In case of relays, the magnetic field produced caused the plunger movement so that contacts get closed or opened and in motors this field causes the motor to rotate in a specific direction. Therefore, the usage of electromagnetism is wide and everywhere. So let us discuss some of the application areas where electromagnetism is used.

Electromagnetism serves as a basic principle of working for many of the home appliances in household applications. These applications include lighting, kitchen appliances, air conditioning systems, etc. 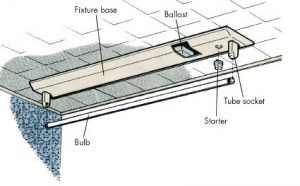 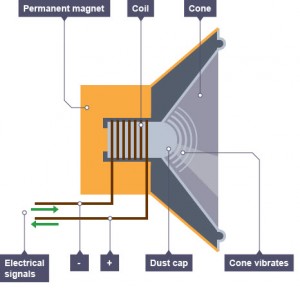 Almost all of the instruments or devices used in industries are based on the electromagnetism. Materials used in constructing such devices include iron, cobalt, nickel, etc which naturally responds to the magnetic fields.

Starting from small control instruments to the large power equipments, the electromagnetism is used at least at one stage of their working.

This is the modern technology of transportation systems that use the concept of electromagnetism. These are called as high speed trains which use powerful electromagnets to develop the speed.

These magnets wrap around the guided rails and attractive force between the guideways and magnets lifts the train upwards. In EDS, train is levitated by the repulsive force in the conductive guideways by induced currents.

A guideway is nothing but an arrangement of specially designed magnetic coils and tracks at regular intervals. Along this guideway a maglev train is suspended by the phenomenon of the magnetic levitation with no supports other than magnetic fields.

The above figure shows the EMS magnetic levitation system in which electromagnets are attached to the body of the train and are powered by the batteries in the train. The guideway consists of electromagnetic coils built on the surface of the track.

Hence this type of systems needs a large electrical power source, electromagnetic coils lining a guideway and guidance magnets attached to the underside of the train.

It is the process of transmitting information from a source to a receiver. This transmission of energy over long distances is carried out through electromagnetic waves at high frequencies. These waves are also called as microwaves or high frequency radio waves.

RF range frequencies are mostly used in medical applications. In MRI scans, sophisticated equipment works based on the electromagnetism can scan minute details of the human body.

The electromagnetic therapy is an alternate form of medicine which claims to treat disease by applying pulsed electromagnetic fields or electromagnetic radiation to the body. This type of treatments is used for wide range of ailments such as nervous disorders, diabetes, spinal cord injuries, ulcers, asthma, etc.

Many of the medical equipments such as scanners, x-ray equipments and other equipments uses electromagnetism principle for their functioning.