Actuators convert a given kind of energy into mechanical energy. There are different classes of actuators depending on the physical principle on which the energy conversion takes place.

In mechatronic system design the most important aspect is the selection of actuators because the characteristics of actuators are directly reflected to kinematic performance of the employed system. This article mainly concentrates on electromagnetic actuators, so let us go in detail about this topic.

What is Electromagnetic actuator?

The energy conversion takes place in the so-called air gap which separates the stationary member (stator or fixed contact) and moving member (rotor or moving contact) of the actuator.

The fundamental principles that govern electromagnetic actuators are faraday’s laws of electromagnetic induction, Lorenz force of electromagnetic forces and Biot-Savart law. Since the control variable of this kind of actuator is the electric current fed by the power converter drives, so these can be easily controllable.

These are used in many applications from precise control using small actuators to the quite large powerful units using electrical drives.

Where µo is the permeability constant and its value is 4π × 10-7. For ferromagnetic materials this relationship is given as

The Lorenz law states that when a current carrying conductor is placed in a magnetic field, it experiences a force. If a current i is flowing in a conductor of length L, in the presence of magnetic flux density B ̅, then the experienced

Lorenz force is given as

Most of the cases B ̅ and L ̅ are orthogonal, and by considering F ̅ orthogonal to B ̅ and L ̅ the above equation can be written as

The motion of a conductor in a magnetic field produces an electromagnetic force (emf) across the conductor. This is called as electromagnetic induction law or Faraday law. According to this law the emf induced in a closed circuit is equal to the rate of change of magnetic flux through the circuit.

And the Biot-Savart law describes the magnetic flux density generated by the electric current and for a long straight conductor at a perpendicular distance r, it is given as

These are the three important laws which act as fundamental principles for electromagnetic actuators.

Different Actuators based on Electromagnetism

In many fields such as automotive, industrial automation, protection system applications use the different types of actuators based on several factors like size, type of actuation needed, reliability, cost-effectiveness, etc. Some of the electromagnetic actuators are discussed below.

When a stationary stator is excited with a magnetic field then current carrying rotor starts rotating based on the Lorenz force principle. These are classified either based on electromagnetic characteristics or functionality. This type of actuator classification is given below. 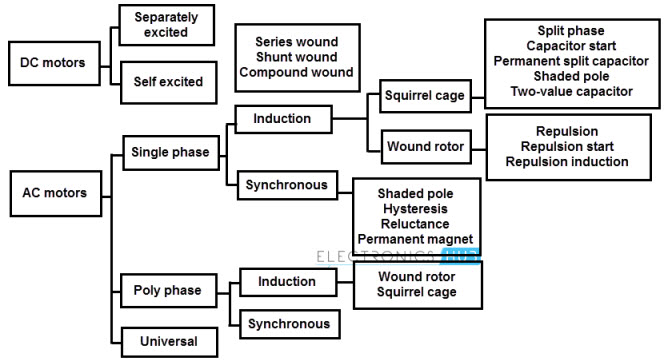 Solenoids are the simplest common electromagnetic actuator which converts the energy into linear or rotational motion. These are used in many applications including conveyor diverters, relay applications, coin dispensers, electric lock mechanisms, etc.

A solenoid consists of a soft iron core enclosed within a current carrying coil and a ferromagnetic plunger or armature in the center of the coil. When the current coil is energized, a magnetic field is induced in the coil.

This magnetic field pulls the armature or plunger to the center of the coil by closing the air gap between stationary frame or contact and plunger. Solenoid actuators can be linear or rotary type.

In pull type solenoid, when the coil is energized it pulls the connected load (or plunger) towards itself whereas in push type it push the connected load away from it. The construction of both these types is same except the design of the plunger and the location of the return spring. 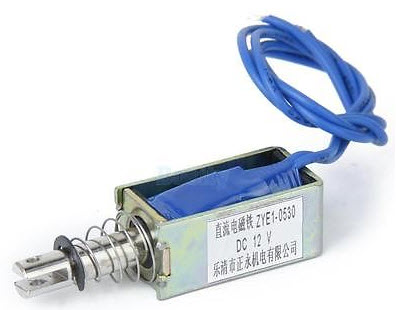 The above figure shows the pull type solenoid that pulls the plunger when the coil gets energized. When the coil is de-energized, a return motion is provided by the load itself or by a return spring which is provided as an integral part of the solenoid assembly.

Rotary solenoid converts the linear motion to rotary motion by utilizing ball bearings that travel down inclined raceways. These solenoids produce rotary or angular motion in either clockwise or anti-clockwise or both from a neutral position.

When the angular movements required by the application is very small then these solenoids replaces the stepper motors and small DC motors.

When the coil of the rotary solenoid is energized, the armature or plunger assembly is pulled towards the stator. Further it is rotated through an arc determined by the coining of the raceways. 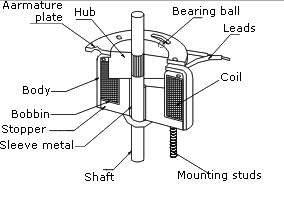 These actuators are also called as voice coil actuators. It is also a kind of liner actuator which moves along a line. In this type of sensor, the coil is enclosed in a magnetic housing and excitation current is passed through this coil.

This current produces the magnetic flux from the coil windings. Based on the Lorenz force principle, a force is developed which is proportional to the product of magnetic field density and the current. The amount force generated is expressed as

N is the number of turns in the winding

I is the current flowing through the winding and

B is the Magnetic flux density.

These types of actuators come in two shapes namely cylindrical and rectangular. With gears in its design makes simplicity of construction. These are used in many industrial, medical and auto mobile applications and some of the specific applications include beam steering mirrors, pilot valve control, gimbals assemblies, etc. 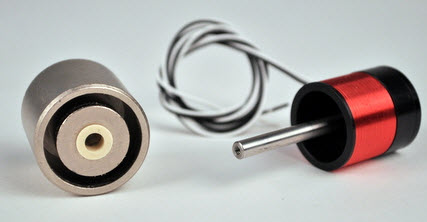 Relays are binary actuators which has two stable states as either latched and energized or unlatched and de-energized. A relay is a device that provides the switching action between two electrical circuits in response to the control signal.

Relays are mainly used as protection device for equipment connected with it. Also the basic function of relay is required by so many applications like telecommunication, home appliances, automotive, industrial control, electronic equipment control, etc.

A MEMS based magnetic actuator is a device that uses the MEMS (Microelectromaechanical systems) technology to convert the electrical energy to mechanical energy by employing a principle of Lorenz force equation.

MEMS based magnetic actuator produces a new class of micro devices which are fabricated using micro machined methods with a great potential and applications.

These devices are based on the magnetic or electromagnetic interactions between magnetic materials and the electromagnetic coils or magnetic fields sources such as permanent magnets. But the major challenge for this type of devices is the integration of magnet into the MEMS device.

MEMS switches are different from solid state switches such as diodes and FETs although the purpose of interrupting the current flow is same.

MEMS switches consist of mechanical moving parts to vary the distance between the two conductive elements of a signal line in order to make or break an ohmic contact in case of ohmic switches whereas in case of capacitive switches, it increase or decrease the enclosed capacitance. The figure below shows the switching principle of ohmic and capacitive devices.

These are comprised of an electrical element and actuation section which can be categorized depending on the actuation scheme such as magneto static, electrostatic, thermal or piezo-electric , the electrical configuration such as capacitive or ohmic contact switches, shunt or series circuit architectures , the geometrical configuration such as horizontal or vertical actuation, membranes, beams, cantilevers, etc.

These switches offer low power consumption and higher OFF-state isolation for high frequency switching compared with solid state switching devices. But they suffers with a problems of low speed and reliability.

The primary action of the relay is to switch ON or OFF such that they can make or break the circuit. MEMS relays are miniaturized mechanical relays which are fabricated based on MEMS technology.

However, the design of this devices are more complicate due to the three dimensional nature of magnetic coil that is not suited to MEMS fabrication. Advanced steps have taken to produce the MEMS relays such as lithographic methods which causes to several groups have succeeding in developing electromagnetic MEMS relays.

Due to high manufacturing complexity, the outlook of commercial relays success is uncertain. But for micro relay technologies electrostatic or electro thermal actuation principles are used. 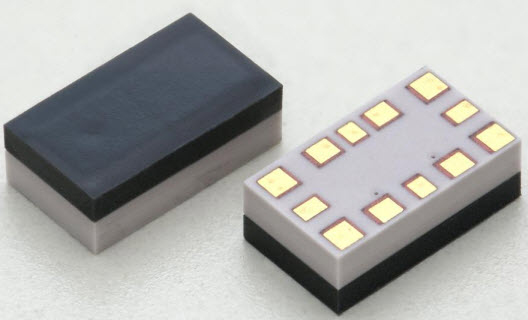 In the electrostatic drive mechanism based MEMS relays, two insulated conductive plates are separated by a small air gap which can be brought into contact by placing sufficient voltage across them. The relay action is performed by arranging the suitable conductors and contacts on the moving parts.

The electrostatic force varies as the square of the electric field generated in the actuator and the operating voltage increases linearly with the separation of the distance.

This is the main difficulty in designing the electrostatic actuated relay because it is difficult to achieve the reasonable contact gaps while keeping the actuation voltage in realistic range.