What is a Tunnel Diode?

The following image shows the symbol of a Tunnel Diode.

Leo Esaki invented Tunnel diode in August 1957. Therefore, it is also called as Esaki diode. The materials used for this diode are Germanium, Gallium arsenide and other silicon materials. Tunnel diode shows a negative resistance in their operating range. So, it can be used as amplifier, oscillators and in any switching circuits. 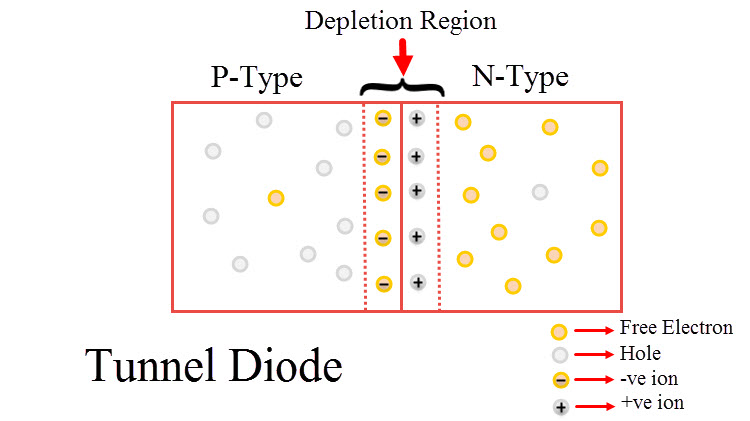 Width of the Depletion Region in Tunnel Diode 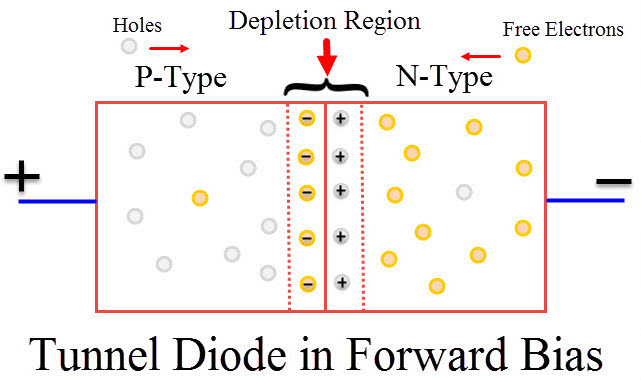 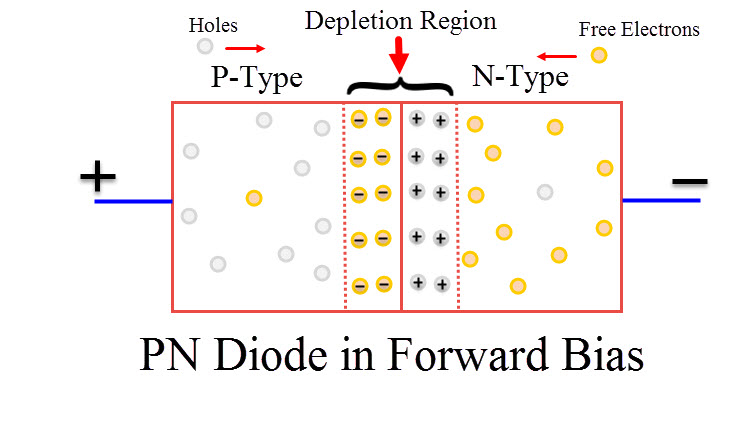 Due to Tunneling, when the value of forward voltage is low value of forward current generated will be high. It can operate in forward biased as well as in reverse biased. Due to high doping, it can operate in reverse biased. Due to the reduction in barrier potential, the value of reverse breakdown voltage also reduces. It reaches a value of zero. Due to this small reverse voltage leads to diode breakdown. Hence, this creates negative resistance region.

In an unbiased tunnel diode, no voltage will be applied to the tunnel diode. Here, due to heavy doping conduction band of n – type semiconductor overlaps with valence band of p – type material. Electrons from n side and holes from p side overlap with each other and they will be at same energy level. 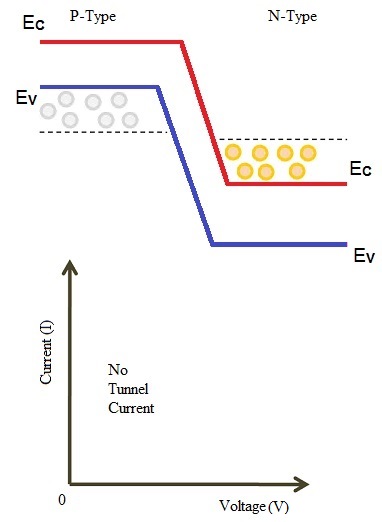 P – Probability that the particle crosses the barrier

W – Width of the barrier

E – Energy of the barrier

When a small voltage, that has lesser value than the built-in voltage of the depletion layer, is applied to the tunnel diode, there is no flow of forward current through the junction. Nevertheless, a minimal number of electrons from the conduction band of n region will start tunneling to valence band in p region. 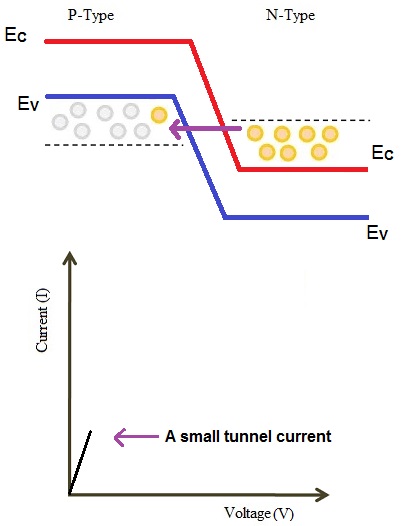 When the amount of voltage applied is increased, the number of free electrons generated at n side and holes at p side is also increased. Due to voltage increase, overlapping between the bands are also increased. 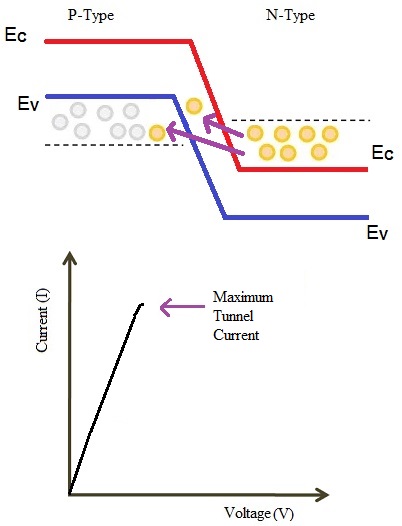 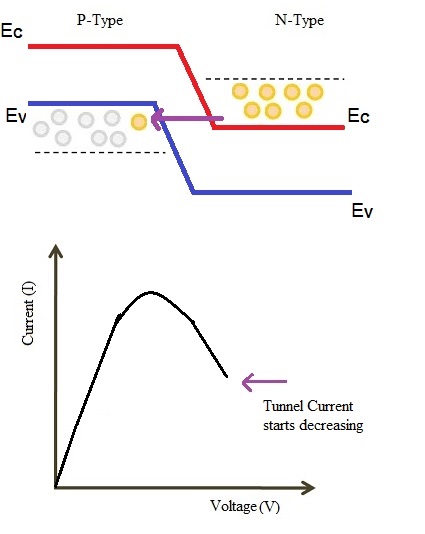 The tunneling current will be zero when applied voltage is increased more to the maximum. At this voltage levels, the valence band and the conduction band does not overlap. This makes tunnel diode to operate same as a PN junction diode. 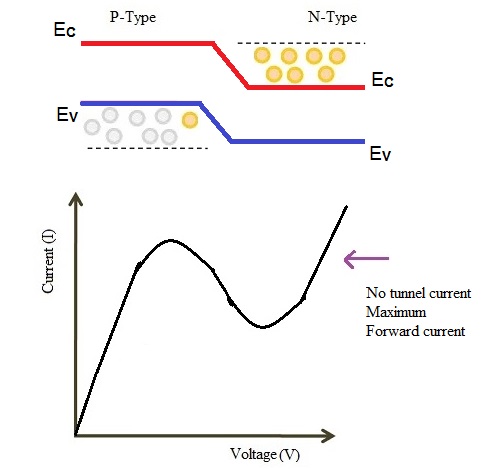 Due to forward biasing, because of heavy doping conduction happens in the diode. The maximum current that a diode reaches is Ip and voltage applied is Vp. The current value decreases, when more amount of voltage is applied. Current keeps decreasing until it reaches a minimal value. 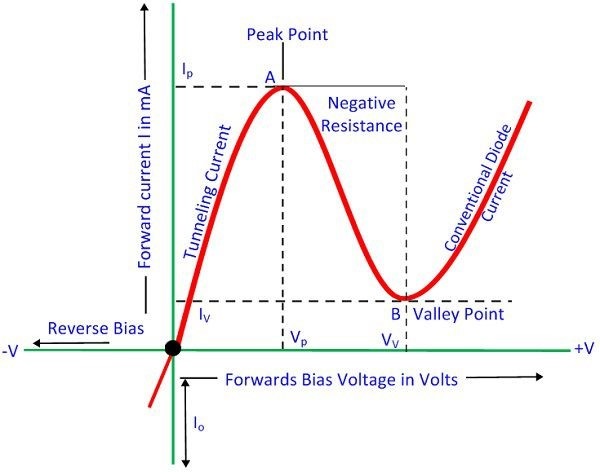 The small minimal value of current is Iv. From the above graph, it is seen that from point A to B current reduces when voltage increases. That is the negative resistance region of diode. In this region, tunnel diode produces power instead of absorbing it.