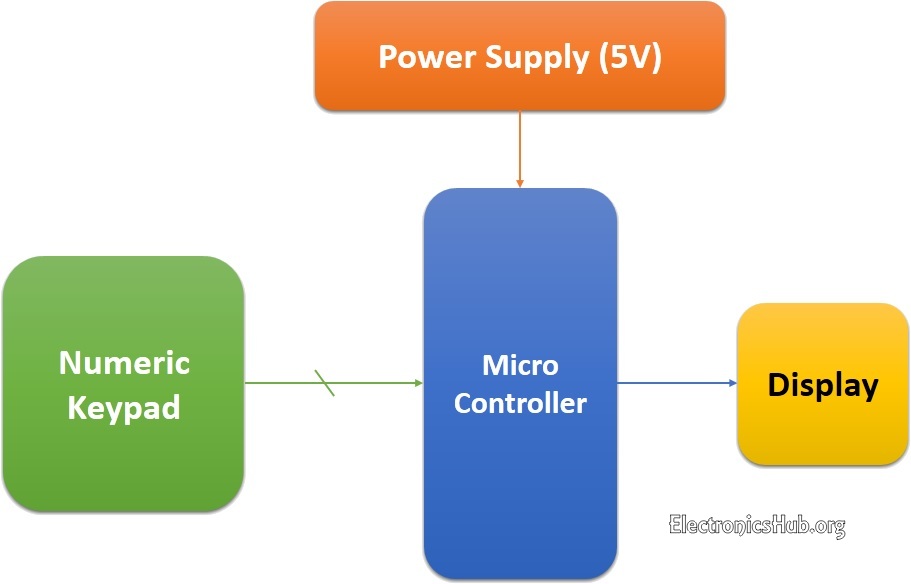 Above figure shows the basic block diagram of the project. Now let us discuss all the blocks in detail: 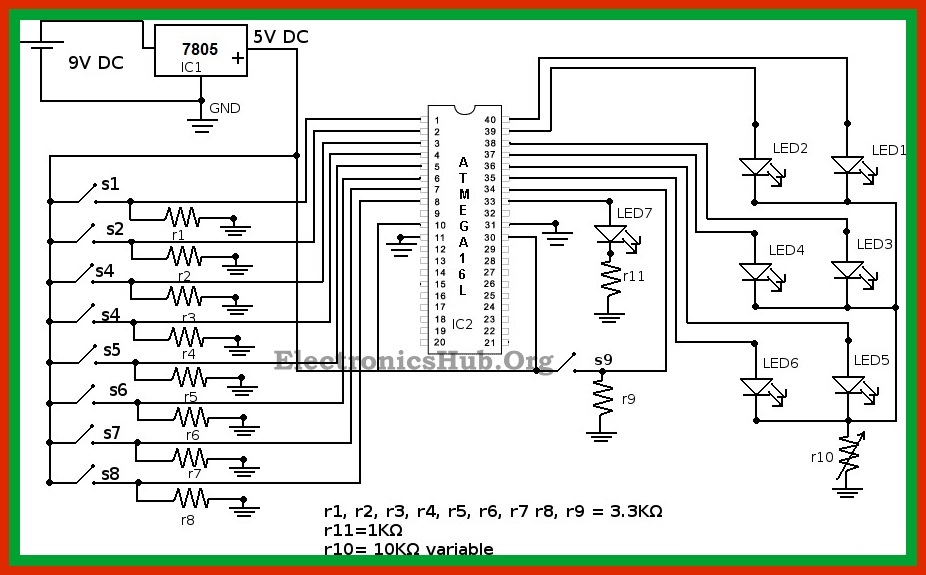 This circuit is a simple 3 variable Boolean expression minimizer. It uses the Quine McCluskey algorithm which was described in the chapter 1.In this the microcontroller plays a major role, it consists of code to implement the described algorithm as well as controlls other components in the circuit.

Initially when the power is switched on an LED will glow which indicates that the microcontroller is ready to take the input. Here the input boolean expression is given in SOP form, i.e only min-terms are to be entered through the keypad provided.

The keypad consists of 9 switches of which 8 switches corresponds to one min-term each and the 9th one is used as next button.After entering the expression the input indicating LED will go OFF, now based on the algorithm microcontroller reduces the expression and the input representing LED glows which means that the expression has been minimized and is displayed.

The output is displayed as one min-term at a time, next min-term is displayed by pressing the next button and after reaching the last min-term of the reduced expression the input indicating LED is switched OFF which represents end of the output. After few seconds it is again switched ON automatically when microcontroller is ready to take the next input.