However, if both the terminals are given negative signals, neither of the diodes would conduct and the device would remain off.  If positive signal is applied to both the terminals, a different color, based on the combination of the LED colors, would flash.

The following is the image of a red – green Bipolar LED. It looks like a regular LED. 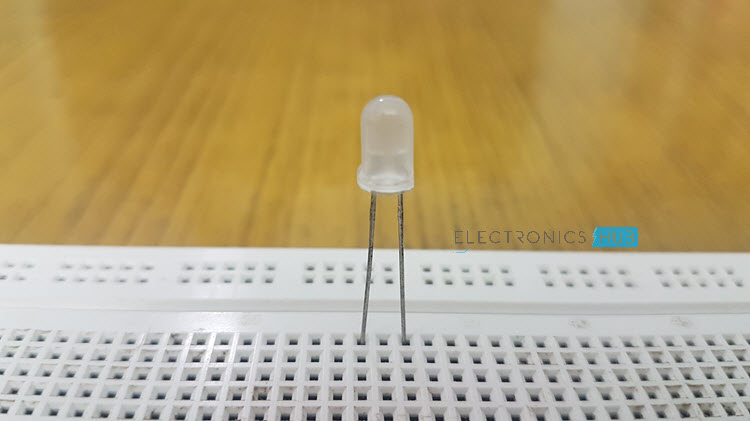 In this project, we are designing a simple bi color LED driver circuit using an 8051 Microcontroller. The LED used here has a forward voltage drop of 2.2V and hence can be biased using a 5V supply. The control is done by the microcontroller program, based on the inputs given from two push buttons.

The circuit uses a microcontroller to drive the bipolar LED. The input command is given from the two push buttons and based on the inputs; the microcontroller is configured to send appropriate HIGH or LOW signals to the two output pins. These output pins are connected to the terminals of the bi-polar LED. 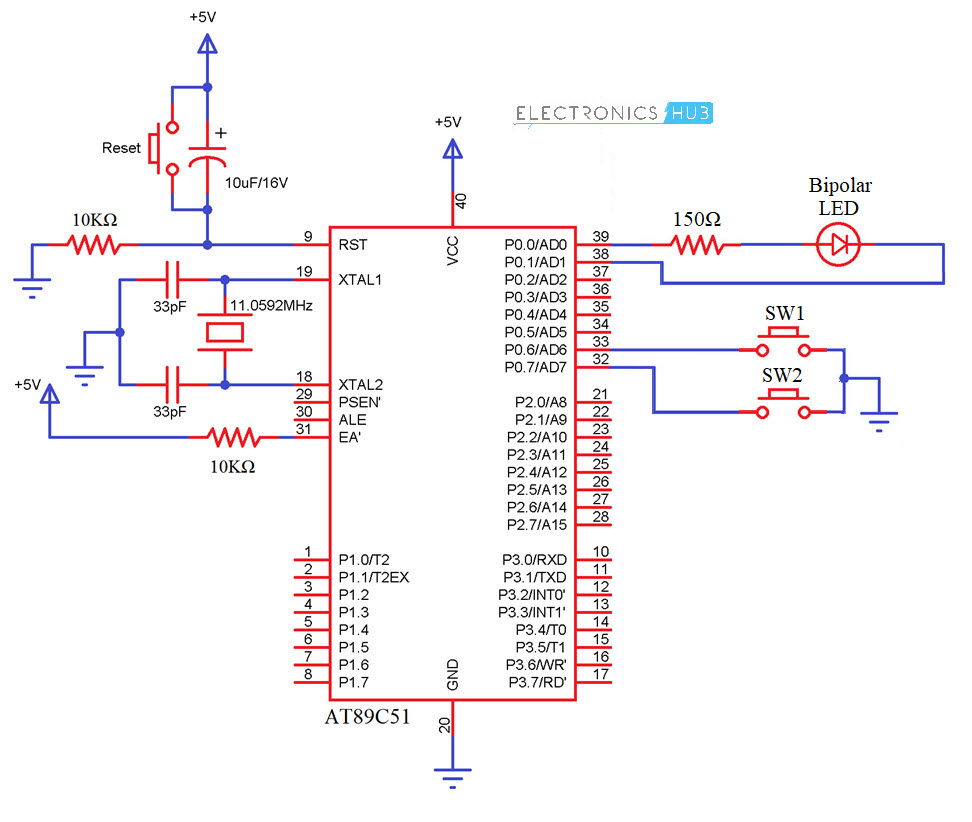 The oscillator design is done by selecting two 33pF ceramic capacitors in order to provide stability. The clock signal is generated using an 11MHz Crystal Oscillator. The reset circuit is designed by selecting an electrolyte capacitor of 10uF and a resistor of 10K to achieve a reset pulse width of 100ms. The voltage drop across the resistor is kept around 1.2V.

Software Part of the Project

The software part of design involves writing the code for the microcontroller and generating the .hex file. This involves the following steps.

Now when the second button is pressed, the microcontroller will accordingly assign a low logic signal to the pin P0.0 and a high logic signal to pin P0.1. This causes the green light to glow.

The LED stays on until the button is released.