In this project, we will see the Automatic Room Lights using Arduino and PIR Sensor, where the lights in the room will automatically turn ON and OFF by detecting the presence of a human.

Such Automatic Room Lights can be implemented in your garages, staircases, bathrooms, etc. where we do not need continuous light but only when we are present.

Also, with the help of an automatic room light control system, you need not worry about electricity as the lights get automatically off when there is no person.

So, in this DIY project, we have implemented Automatic Room Lights using Arduino and PIR Sensor. 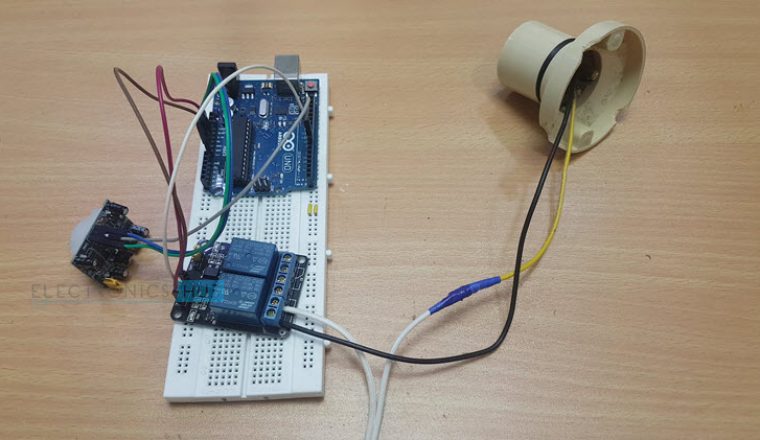 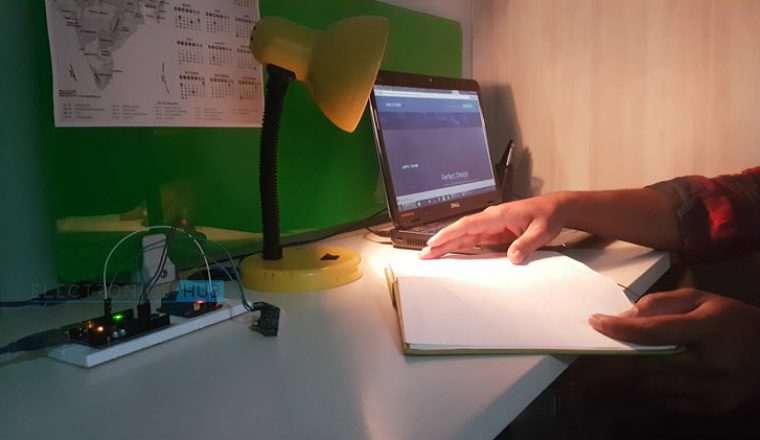 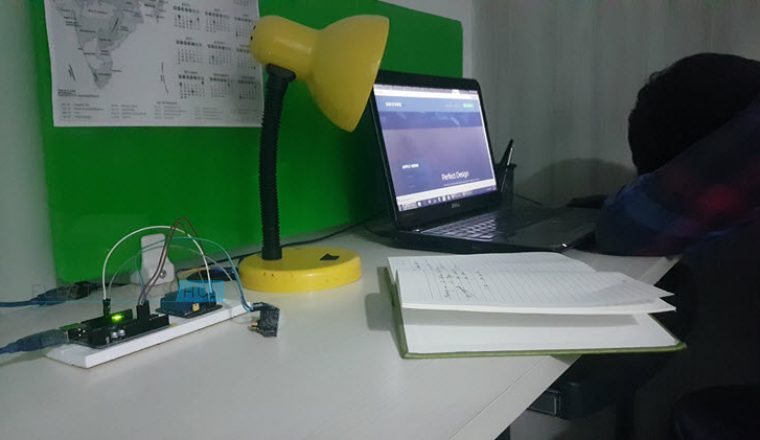 Out of the three components, the PIR Sensor is the one in focus as it is the main device that helps in detecting humans and human motion.

In fact, the Automatic Room Lights project can be considered as one major application of the PIR Sensor. A similar concept is being already implemented in automatic toilet flush valves, hand dryers, etc.

The following image shows the circuit diagram of the project implemented using Arduino UNO, PIR Sensor and a Relay Module. 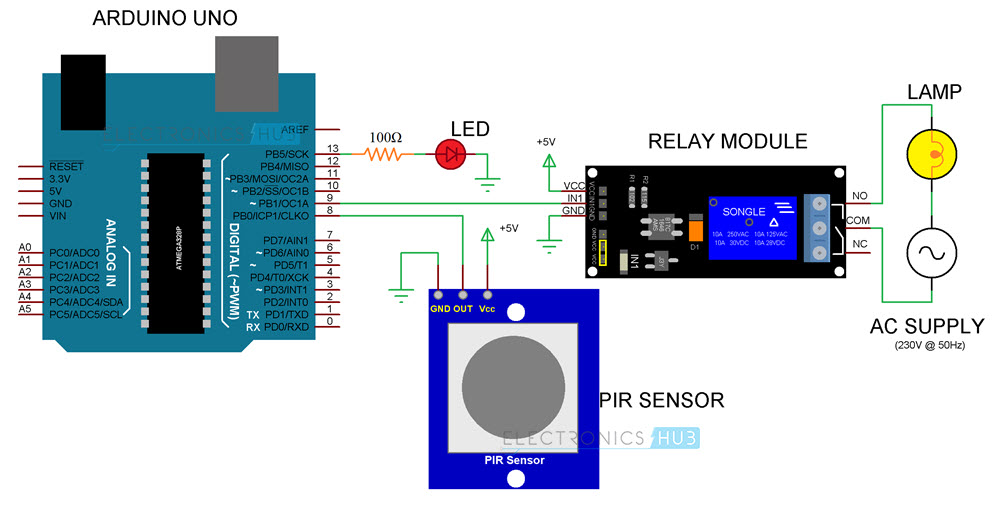 If you do not have a relay module, you can make one yourself using very simple hardware. The following circuit diagram shows the project being implemented with the help of discrete components for the Relay Module. 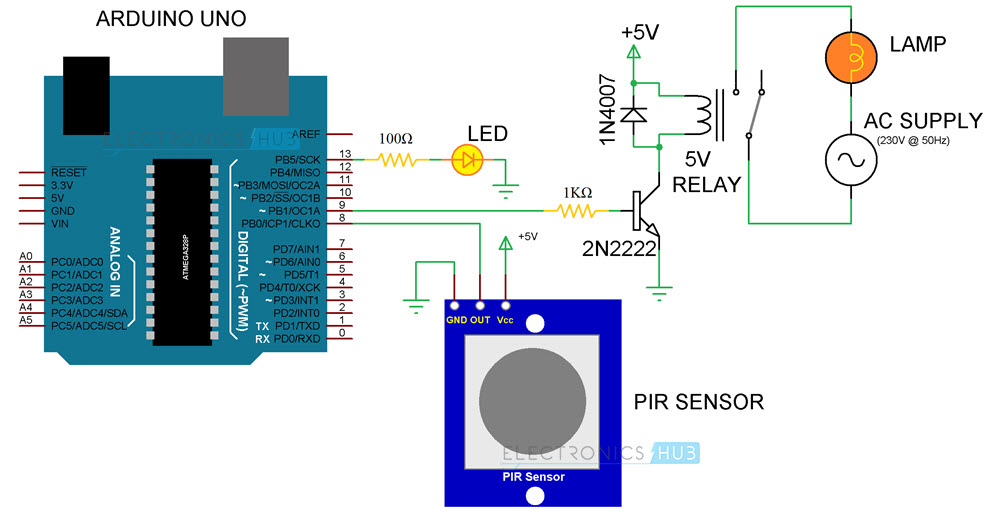 CAUTION: The project involves connection with 230V AC Mains (or 110V, depending on where you live!!!). Be extremely careful when connecting the bulb and Relay to mains supply. If you are unfamiliar with the connections, I strongly recommend having an adult supervision (or an expert supervision).

If you do not have a Relay Module, use the following components:

We have already seen about PIR Sensor in the PIR Motion Sensor Tutorial and also implemented in a variety of projects like Home Security System and Automatic Door Opener. 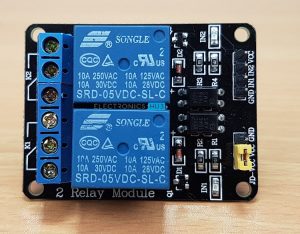 In order to control a single relay on the board, we need to use three pins of the relay module: VCC, GND and IN1.

Before continuing, read How to use 5V Relay on Arduino

NOTE: The relay module used in this project is as active LOW one i.e. when the IN1 pin is HIGH, the relay is OFF and when it is LOW, the relay is activated. This point is important while programming the Arduino UNO.

COM (Common) contact of the Relay is connected to the other wire of the mains supply. Be careful when connecting this part of the project.

The code for the Automatic Room Lights using Arduino and PIR Sensor is given below.

The Automatic Room Lights using Arduino and PIR Sensor is a simple project, where the lights in the room will automatically turn on upon detecting a human motion and stay turned on until the person has left or there is no motion.

Working of this project is very simple and is explained here.

Initially, when there is no human movement, the PIR Sensor doesn’t detect any person and its OUT pin stays LOW. As the person enters the room, the change in infrared radiation in the room is detected by the PIR Sensor.

This will turn the Light ON. The light stays turned ON as long as there is movement in front of the sensor.

If the person takes a nap or leaves the room, the IR Radiation will become stable (there will be no change) and hence, the Data OUT of the PIR Sensor will become LOW. This in turn will make the Arduino to turn OFF the relay (make the relay pin HIGH) and the room light will be turned OFF.

I’ve already mentioned a few applications of the Automatic Room Lights concept. Some of them are: