Emerging technologies are making our life simpler these days. With the introduction of mobile phones, life has changed rapidly. This is a dream of radio engineering. Mobile phones merged land line telephone systems. These days, many advancements in the mobile phones were introduced.

Also get an idea about How to Design a USB Mobile Charger Circuit?

Inductance is the property of the conductor, in which the current flowing in a conductor induces a voltage or electromotive force in it or in another nearby conductor. There are two types inductance. 1) Self inductance, 2)Mutual Inductance. 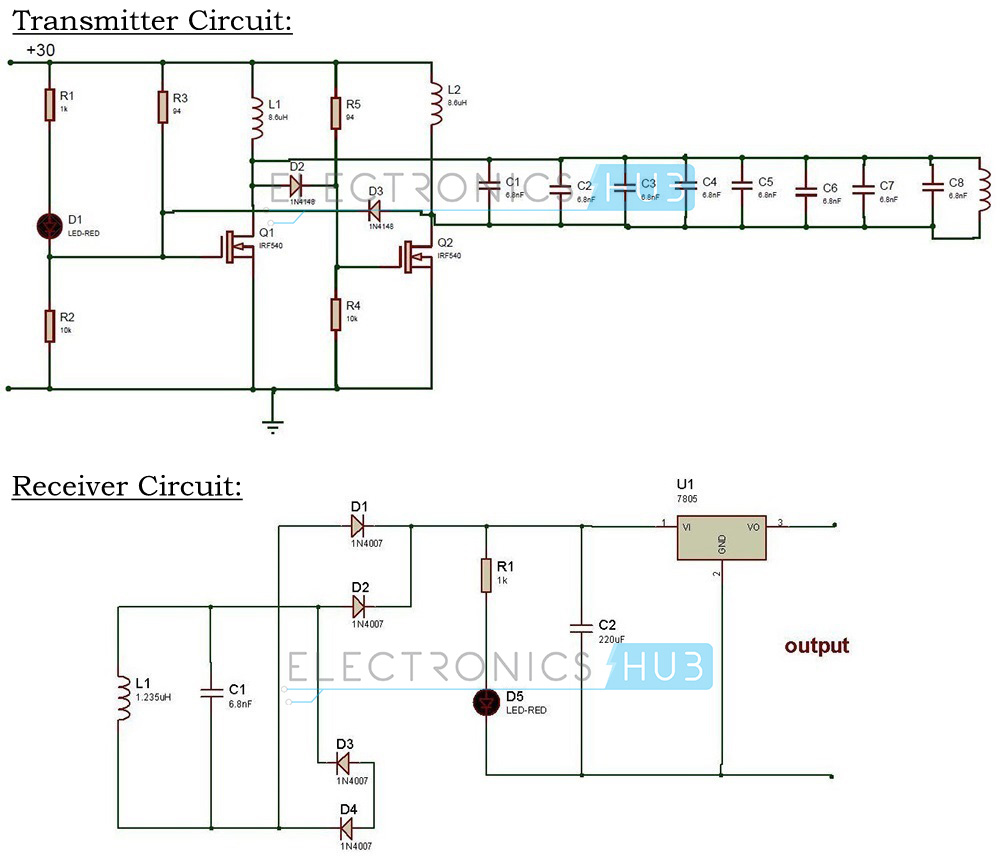 In our Wireless battery charger, we use two circuits. The first circuit is transmitter circuit used to produce voltage wirelessly. The transmitter circuit consists of DC source, oscillator circuit and a transmitter coil. oscillator circuit consists of two n channel MOSFETS  IRF 540 , 4148 diodes. When the DC power is given to the oscillator, current starts flowing through the two coils L1, L2 and drain terminal of the transistor. At the same time some voltage is appeared at the gate terminals of the transistors. One of the transistors is in on state while the other is in off state. Thus voltage at drain of transistor which is in off state raises and it fall through the tank circuit made of 6.8nf capacitors and transmitter coil of 0.674. Thus operating frequency is determined by using formula F=1/[2π√(LC)].

NOTE: Also get an idea about the Battery Level Indicator Project Circuit and its Working

How to operate this Wireless Power Transfer Circuit?