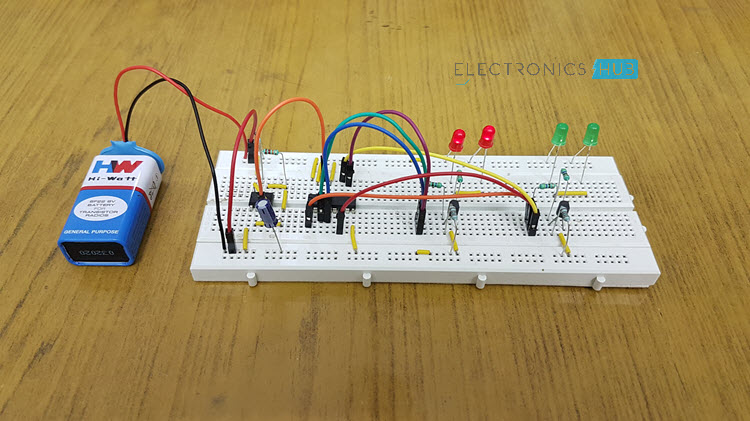 Police Lights are flashing lights which are a type of emergency vehicle lighting. You can also find similar flashing lights in ambulances, fire department, military vehicles etc. They are visually captivating and often convey the state of urgency of their task to the other road users.

In this project, we will just take the visual aspect of the police lights and implement them in our own way. The circuit uses 555 timer and a decade counter IC CD4017. Here, the 555 timer runs in Astable mode. Decade counter 4017 counts the incoming pulses  and activates its outputs i.e. for the first pulse Q0 becomes high and for second pulse Q1 becomes high and so on again for 10th pulse Q0 state becomes high.

Here 555 timer produces continuous pulses via pin 3. The width of these pulses can be varied by varying the resistance (R1,R2 ) or capacitance (C1). These pulses are given as input to the decade counter. For every incoming pulse the output state of the decade counter is get incremented.

Do you know – How to Build Police Siren Circuit using NE555 Timer? 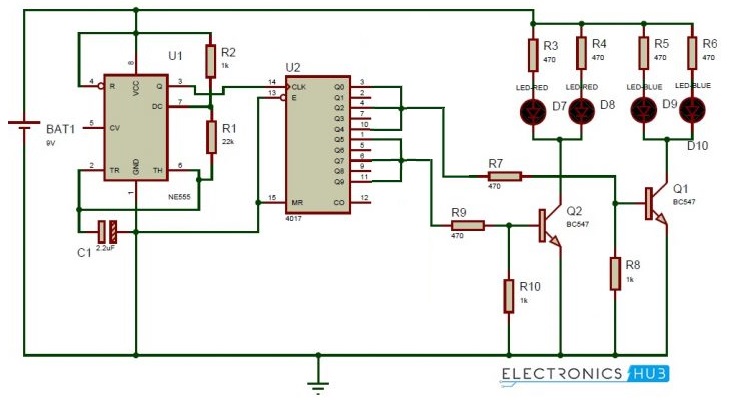 Here, 555 timer runs in free running mode i.e. Astable Mode. It produces pulses whose width can be varied. 2nd and 6th pins are shorted to allow triggering after every cycle. 4th pin is connected to Vcc to avoid sudden resets.

It is a 10 bit counter with ten decoded outputs. It counts the incoming pulses. The supply voltage range is -0.5 to +22V. The high pulse on the reset pin clears the count to zero. The speed of operation of this IC is up to 10 Mhz.

Based on the outputs of 4017 IC, two transistors (NPN) switches the LED’s ON and OFF.

How to Operate Police Lights Circuit? 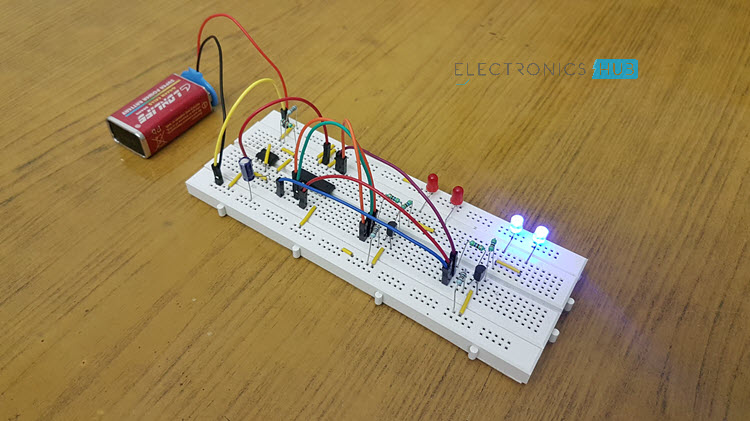