In this project, we will see a simple Home Security application called Electronic Eye Controlled Security System using LDR as the main sensor and a few other components.

Electronic eye is also called magic eye. As the automation is an emerging technology these days, just imagine a door bell that automatically rings when a person visits your home. This also provides security when any person is trying to enter into your home without your permission. Electronic eye is a simple electronic device that continuously watches if anyone is visiting your home. 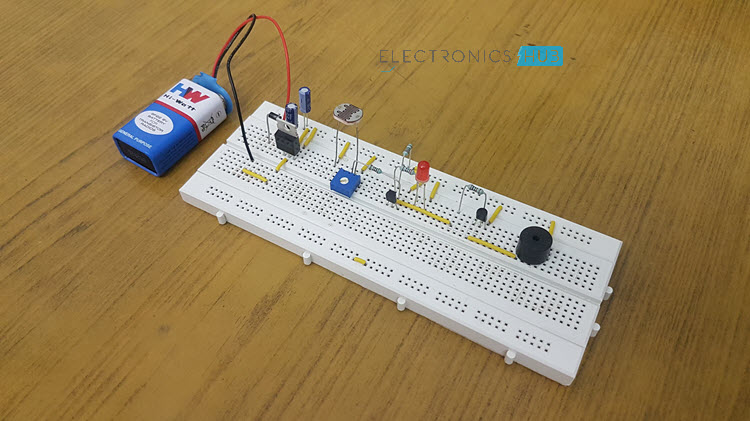 This project presents the circuit of electronic eye. Before going to know complete details about this circuit, get an idea about Light Activated Switch Circuit using LDR.

The main principle of the circuit is to ring the door bell when there is any person at the entrance. In order to detect a person, an LDR is used as the sensor. Light on the LDR determines  whether a person is present or not. When there is any object at the entrance, LDR is in dark and buzzer starts ringing and the LED starts glowing.

Power supply circuit consists of battery, diode, regulator and capacitors. Initially a 9V battery is connected to the diode. Diode used here is a simple P-N junction diode of 1N4007 series. In this circuit, 1N4007 is connected in the forward bias condition. 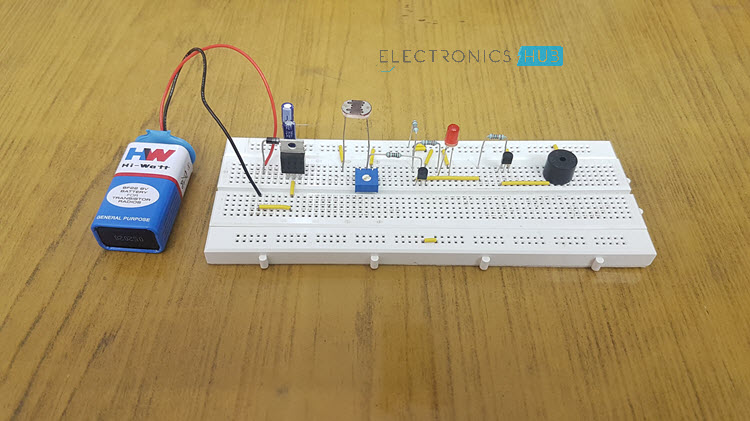 The logic circuit mainly consists of Light Dependent Resistor, transistors, a buzzer, an LED and a few passive components. A 100KΩ resistor is connected in series to the LDR in a voltage divider fashion. Light dependent resistor will have resistance in mega ohms when it is placed in the dark. This resistance value will decrease gradually when it is placed in the light. Thus, there is a variation in the series resistances.

The output of the voltage divider is fed to a transistor which inverts the input from the LDR. The second transistor drives the buzzer. The diode is placed for protection. 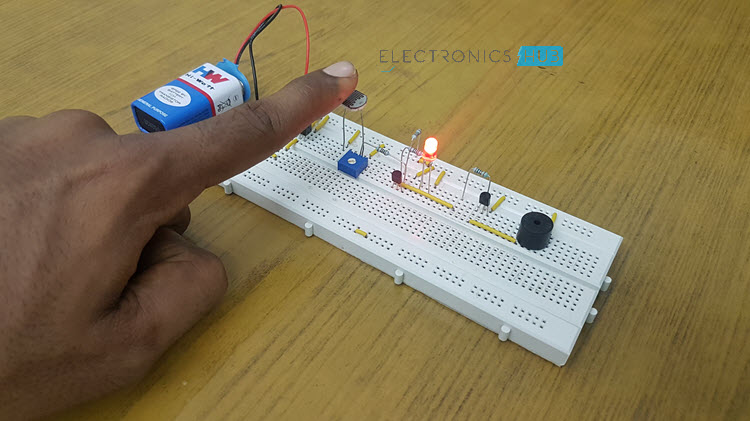 How to Operate the Electronic Eye Controlled Security System Circuit?