In this tutorial, we will learn about one of the basic requirements of digital electronics i.e., the Binary Codes of the Binary Number System. Some of the popular Binary Codes are BCD (8421), 2421, 5211, Excess-3, Gray. 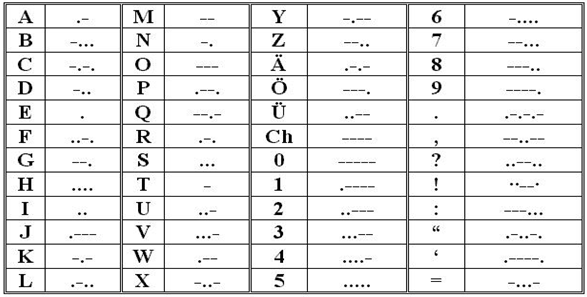 Before going into the details of individual binary codes, let us quickly take a look at some of the commonly used Binary Codes. The following is the list:

In the same way, the values assigned to consecutive places in the binary system, which is also a place value system, are called as weighted binary system.

Whenever any binary number appears, its decimal equivalent can be found easily as follows.

As per the above expression all the decimal numbers written in the 4 Bit binary code in the form of 8421 and this is called as 8421 Code and also as Binary coded decimal BCD.

As this is a straight code, any Decimal number can be expressed easily because the weights of the positions are straight for easy conversion into this 8421 code.

There are other forms of codes which are not so popular but rather confusing. They are 2421 code, 5211 code, reflective code, sequential code, non- weighted coded, excess-3 code and Grey code. They are having their own importance for some of the exclusive applications and may be useful for some of the special applications.

This code also a 4 bit application code where the binary weights carry 2, 4, 2, 1 from left to right.

This code is also a 4 bit application code where the binary weights carry 5, 2, 1, 1 from left to right.

As mentioned above, some of the codes will not follow the binary weights, Excess-3 code is an example of it and it is an important 4 bit code. The excess – 3 code of a decimal number is achieved by adding the number 3 to the 8421 code.

For example to convert 15 to an excess-3 code, first 3 to be added to each digit as shown below. 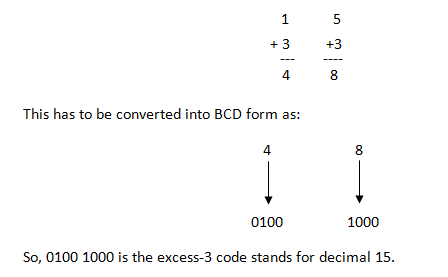 The gray code is the code where one bit will be differed to the preceding number. For example, decimal numbers 13 and 14 are represented by gray code numbers 1011 and 1001, these numbers differ only in single position that is the second position from the right. In the same way first position on the left changes for 7 and 8 which are 0100 and 1100 and this is also called Unit-distance code. The gray code has very special place in digital electronics.