In this project, we are going to control a Relay using Arduino UNO to drive a high current load like a motor. Although the project is explained to drive a simple motor, similar implementation can be applied to control high voltage alternating current devices.

Relay: A relay is a type of switch that provides connection between a low power circuit and a high power circuit. Electromechanical relays are the most commonly used relays and consists of a coil that acts as an electromagnet and moving contacts.

A low power signal from a microcontroller is given to the coil (usually through a transistor) and the other three terminals i.e. NO, NC and COMM are connected to the high voltage supply along with the load. More information about relay and its working.

2N2222 Transistor: It is an NPN transistor generally used for medium power amplifier and switching applications for currents up to 1 A. In this project, it is used as a switch which turns on or off the relay. 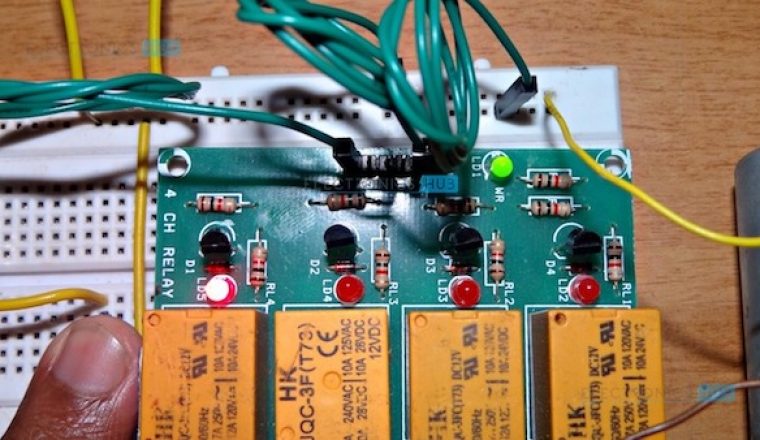 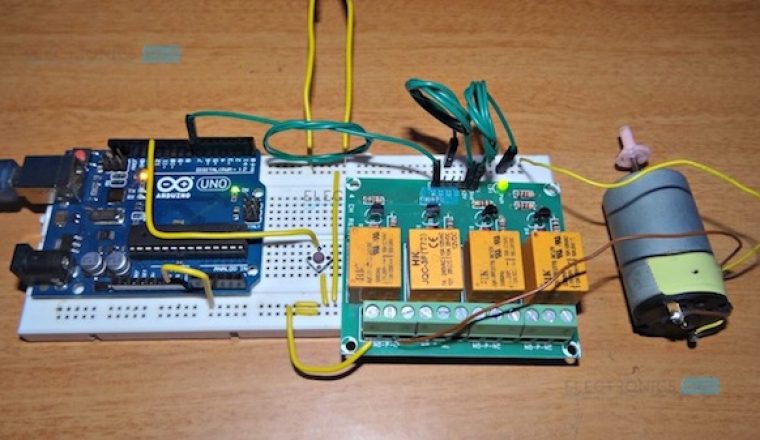 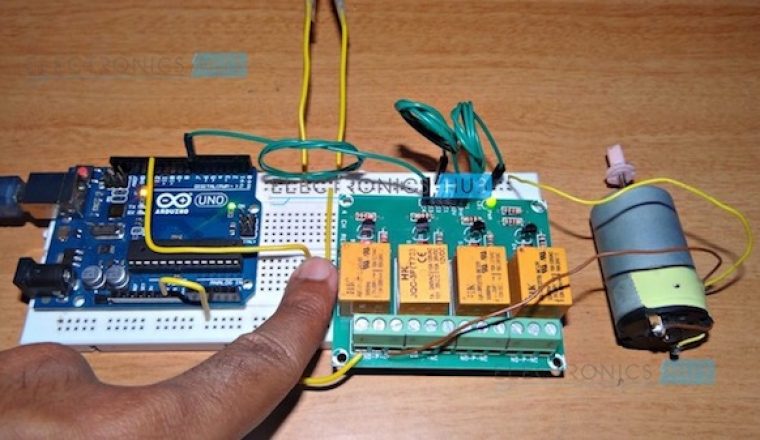 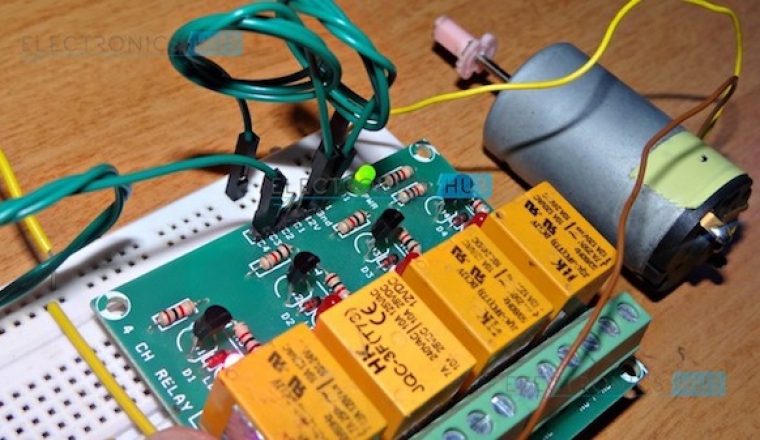 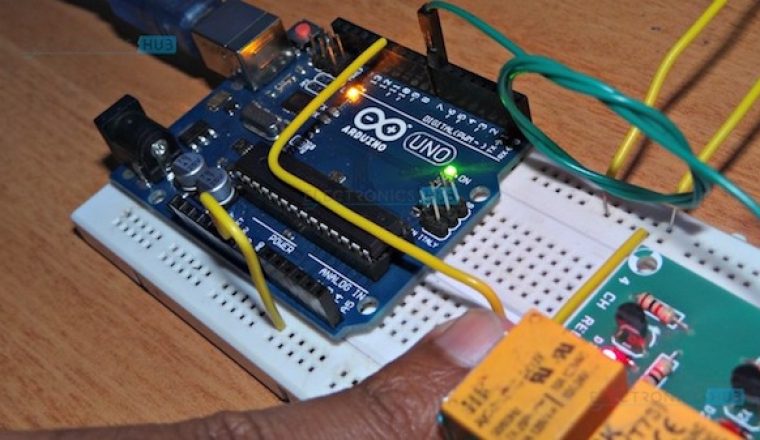 The project is used to demonstrate the high voltage driving capabilities of a relay using Arduino UNO. The design of the circuit is described here.

A freewheeling diode is connected across the coil terminals of the relay as shown in the circuit diagram.

When coming to the contact terminals of the relay, a 12V motor along with a 12V power supply are connected in series between the Normally Open (NO) terminal and Common (COMM) terminal as shown in the circuit.

In order to decide when to turn on the relay and when to turn it off, a button is connected between the Pin 12 of Arduino and ground.

Working Principle of the Project

The intention behind the project is to explain how a microcontroller (in this case, an Arduino) can be used to control a high voltage and high current devices using a relay. The principle of working of the project lies in the functioning of the relay and is explained here.

When the system is powered on, the Arduino waits for the button to be pressed (as per the code written). The button terminal is pulled up internally. Hence, when the button is pushed, the Arduino detects a Logic 0 (LOW).

Because of this, the coil in the relay gets energized and acts as an electromagnet. As a result, the moving contact of the coil, which was initially in the Normally Closed (NC) position, will be attracted towards the electromagnet and moves to the Normally Open (NO) position. This action will complete the motor circuit and hence, the motor starts rotating.

The motor keeps on rotating as long as the button is pushed. Once the button is released, the transistor is switched OFF and the coil in the relay is de energized. Hence, the contact goes back to the Normally Closed position and the motor is turned OFF.

Caution: One must be very careful when working with relay in AC connection. Even the slightest contact can be dangerous and might be fatal.