Like resistors and capacitors, inductors are also passive elements which are used to store the electric energy in the form of magnetic field. Simply an inductor is a wire or coil of a good electric conducting material with few turns (twists) in it.

Inductors are of many types like air cored, iron cored, coupled or differential type and many more. Based on the requirement, inductors have many applications in electrical transmission.

Inductors are used in tuning circuits which are used to select the desired frequency. In a tuned circuit, we have capacitor connected along with the inductor, either in parallel or series. The frequency of the tuning circuit at which the capacitive reactance is equal to the inductive reactance (XC = XL) is called ‘Resonant Frequency’. 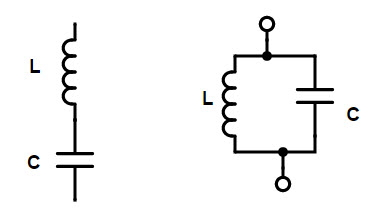 The series resonance circuits are used in many electronic circuits like television , radio tuning circuits and filters to vary the frequency and selecting the various frequency channels.

Inductors are used in proximity sensors which work on the principle of inductance. We know that inductance is the phenomenon in which , the magnetic field produced in the coil , will oppose the flow of current in it. So thus the inductance will restrict the current flow and reduces the circuit performance.

The manufacturers design the sensors by twisting the wire into a tight coil. There are 4 components in the inductive proximity sensor; they are an inductor or coil, an oscillator, a detection circuit and an output circuit.

In the inductive proximity sensor, a fluctuating magnetic field is generated by oscillator around the winding of coil, which locates in the sensing face of the device.

When an object moves in the field of inductive proximity area of detection, eddy currents starts building up in the metal object which will reduce the inductive sensor’s magnetic field.

Strength of the oscillator is monitored by the detection circuit and an output is triggered from the output circuitry , when the oscillations are below the sufficient level.

The inductive proximity sensor is a contactless sensor and is very reliable in operation. The inductive sensors are used at traffic lights to detect the traffic density.

The inductors functions as energy storage devices in switch mode power supplies (generally we use in our computers). In these type of power supplies, the output voltage ratio depends upon the charging time of the inductor.

The well known and wide range application of inductors is Induction motors. In these induction motors or asynchronous motors, the inductors are in fixed position and they did not allowed to move in nearby magnetic field.

Induction motors converts the electrical energy into mechanical energy. The shaft in the motors will rotate because of the magnetic field produced by the alternating current.

The speed of the motor is fixed as it depends on the frequency of the power supplied from source. So we use inductors in these motors to control the speed by connecting them in series or parallel to shaft. These induction motors are very reliable and robust.

Transformer is another popular application of inductors. By combining the inductors of shared magnetic field, we can design a transformer. Transformer is the basic and fundamental component of the power transmission system.

These are used to increase or decrease the power in transmission lines to required level, as step up and step down transformers respectively. In the transformers, the inductor (wire) is wounded to the core as primary and secondary windings.

Inductors and capacitors are combinely used to form filters. The filters are the electronic devices which are used to limit the frequency of the input signal entering to a circuit. There are many types of filters like low pass filter, high pass filter, band pass filter, notch filter etc which are designed by using inductors.

As the frequency increases, the impedance of the inductor also increases. Then the properties of filter will change according to the impedance value. There are many number of filter topologies we can create by using inductors.

Generally we see the ferrite beds in computer cables and mobile chargers etc. these ferrite beds use inductors to reduce the radio frequency interference created by the cables.

A relay is like an electrical switch. It uses inductor coil to control the current flow in it. When the AC current flows through the inductor of the relay, it produces a magnetic field which effects the switch contacts. 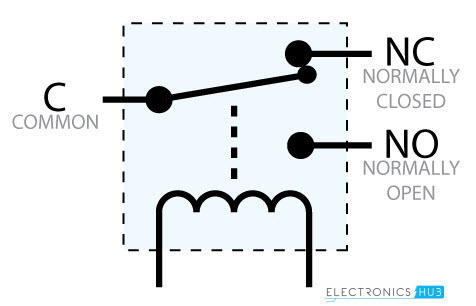