Generally, you can see the digital displays which display the score when buttons are pressed on score boards. The main heart of this score board is 2 digits up down counter circuit. The 2 digits are displayed on two 7 segment displays.

2 Digit Up Down Counter Circuit Principle

The value on the display can be incremented and decremented from 0-99 as it uses only 2 displays. If you want to display 3 digits, three displays should be used i.e. three 7-Segment Displays. There are many circuits available for 2 digit up/down counter but using a microcontroller reduces components and space on the board but simple programming is required. 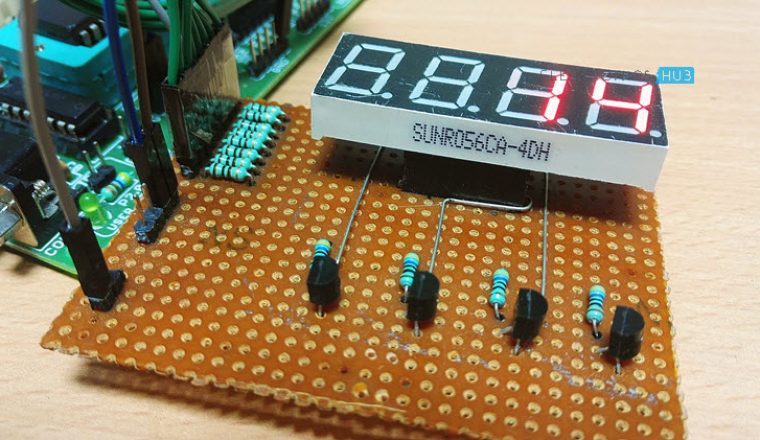 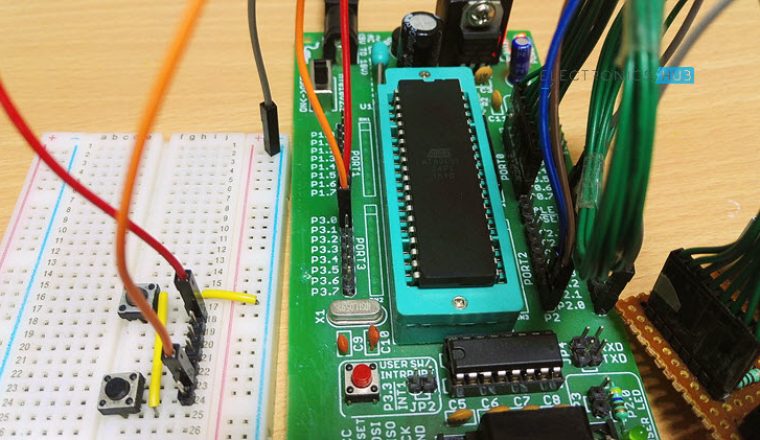 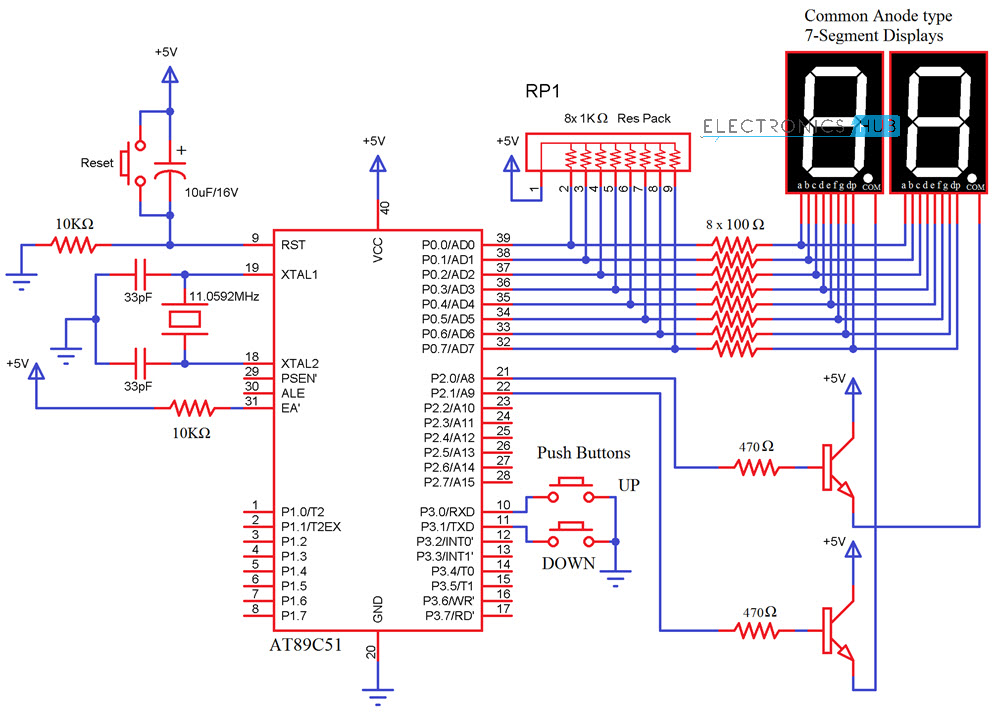 Circuit Design of 2 Digit 7-Segment Up Down Counter

In Seven segment display, there are seven segments and they are similar to seven LEDs. Seven pins belong to these seven segments where as the last pin is dot at the coner of the display. For common cathode, display assigning logic1 to the segment pin glows particular segment. In case of common anode, the segment pin should be assigned logic0 in order to glow the segment. Each segment is given one name starting from ‘a ‘and last segment dot is ‘h’.

In our circuit, seven segment display is connected to micro controller through a current limiting resistor of 330 ohms. Two buttons in pull- down mode are also connected.

Do you know How a Bidirectional Visitor Counter Circuit Works using 8051 Microcontroller?

How to Operate 2 Digit Up Down Counter Circuit?

This is because b and c segments should be assigned with logic 0 to display ‘1’, I am using a Common Anode 7-Segment Display . So, the binary value 0b11111001 or the hexadecimal value 0xf9 is assigned to the particular port on which ‘1’ is to be displayed. The array should consist of 0-9 binary or hexa values.

2 Digit Up Down Counter Circuit Applications

This particular Up/Down Counter circuit is limited to 2 digits i.e. 0-99. If more than 3 digits are required, one should use another display which requires more pins from the controller.