There are several display devices like alphanumeric LCD, graphical LCD, touchscreen etc. a simple 7 segment display is sufficient for many applications.

Devices like washing machines, microwave ovens, etc. still use 7 segment displays for displaying information like quantity and time. The main reason for this is their simple interface and low cost.

If your project involves displaying just numbers, then a 7 Segment Display is your safe bet instead of the expensive 16×2 LCD Display. 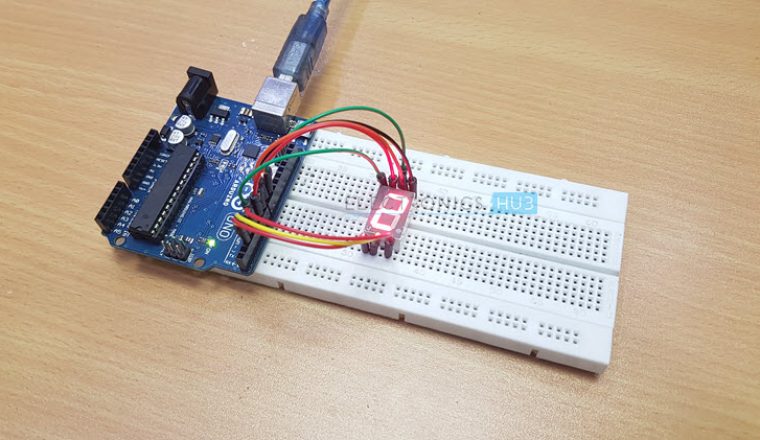 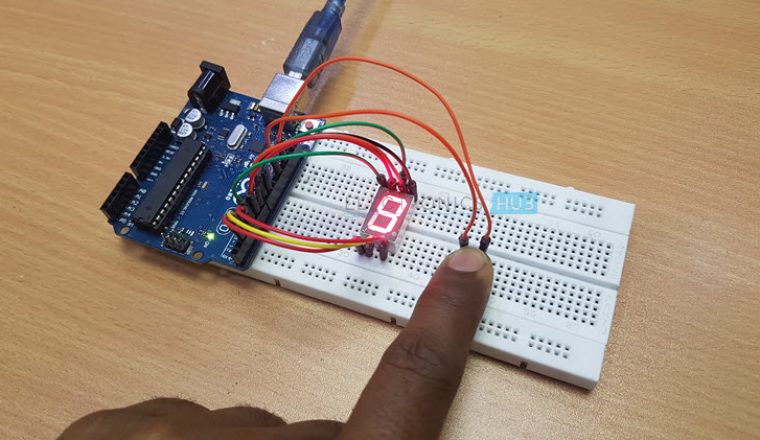 A brief Introduction to 7 Segment Display

We have already seen how to interface a 4-Digit 7 Segment Display to Arduino in an earlier tutorial. If you recall that project, I’ve mentioned that seven segment displays are of two types: Common Anode and Common Cathode.

NOTE: In case of Common Cathode 7 Segment Display, the common terminal will be Cathode, which must be connected to GND. 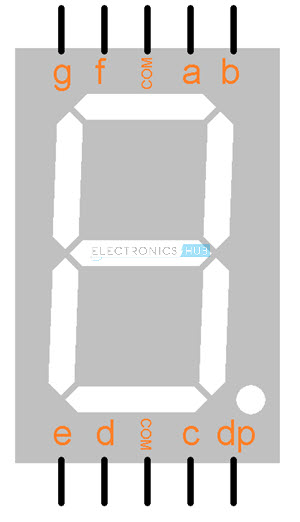 NOTE: In case of a common cathode 7 segment display, the pin configuration will be the same but the COM pin must be connected to GND. 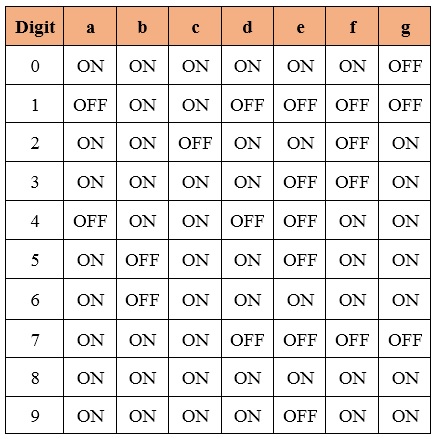 The above table can be useful while programming Arduino or any other microcontroller.

Now that we have seen a little introduction about 7 Segment Display, let us see how to interface a common anode 7 segment display to an Arduino.

In the first circuit, I’ll show you how to connect a common anode 7 segment display to Arduino UNO and display digits from 0 to 9 in a loop. The circuit diagram, components, code and working of this circuit are explained here. 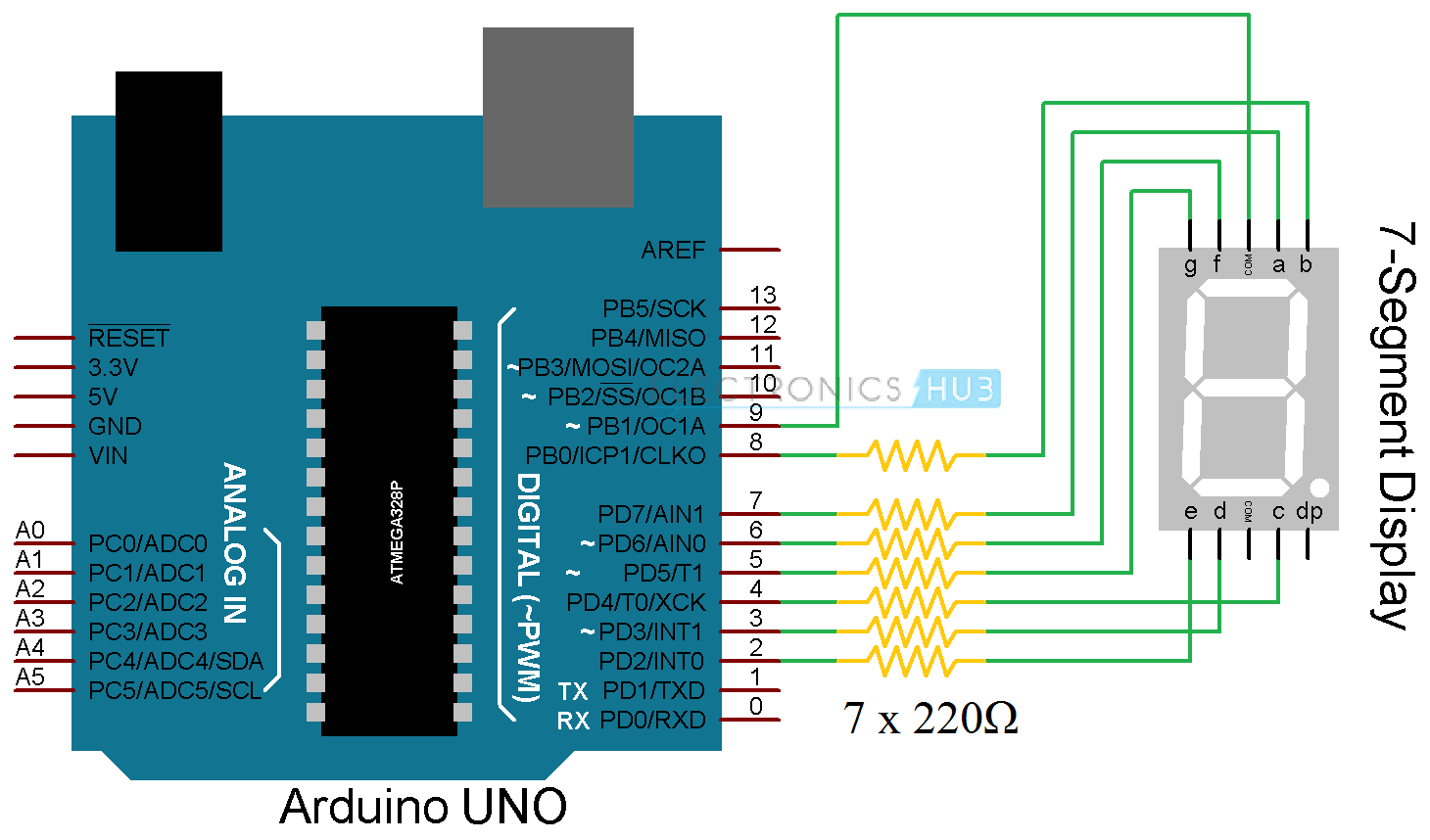 NOTE: In the practical implementation, I haven’t connected the current limiting resistors to the individual LEDs of the 7 Segment Display. But I recommend you to connect those resistors.

This is a simple project which explains the working of the Arduino 7 Segment Interface. The 7 segment pins of the display are connected to Arduino as follows

Since the 7 Segment Display used in this project is of type common anode one, the common pin is connected to Pin 9 of Arduino and is always made HIGH.

In order to turn on a particular segment, segment ‘a’ for example, the corresponding Arduino Pin must be made LOW. Here, the segment ‘a’ is connected to pin 7 of Arduino. Similarly, other segments can be made LOW and according to the above table, depending on the segments selected, a digit will be displayed on the 7 Segment Display.

In the second circuit, we will implement a rolling dice function where we will use a button to display a random number between 1 and 6. 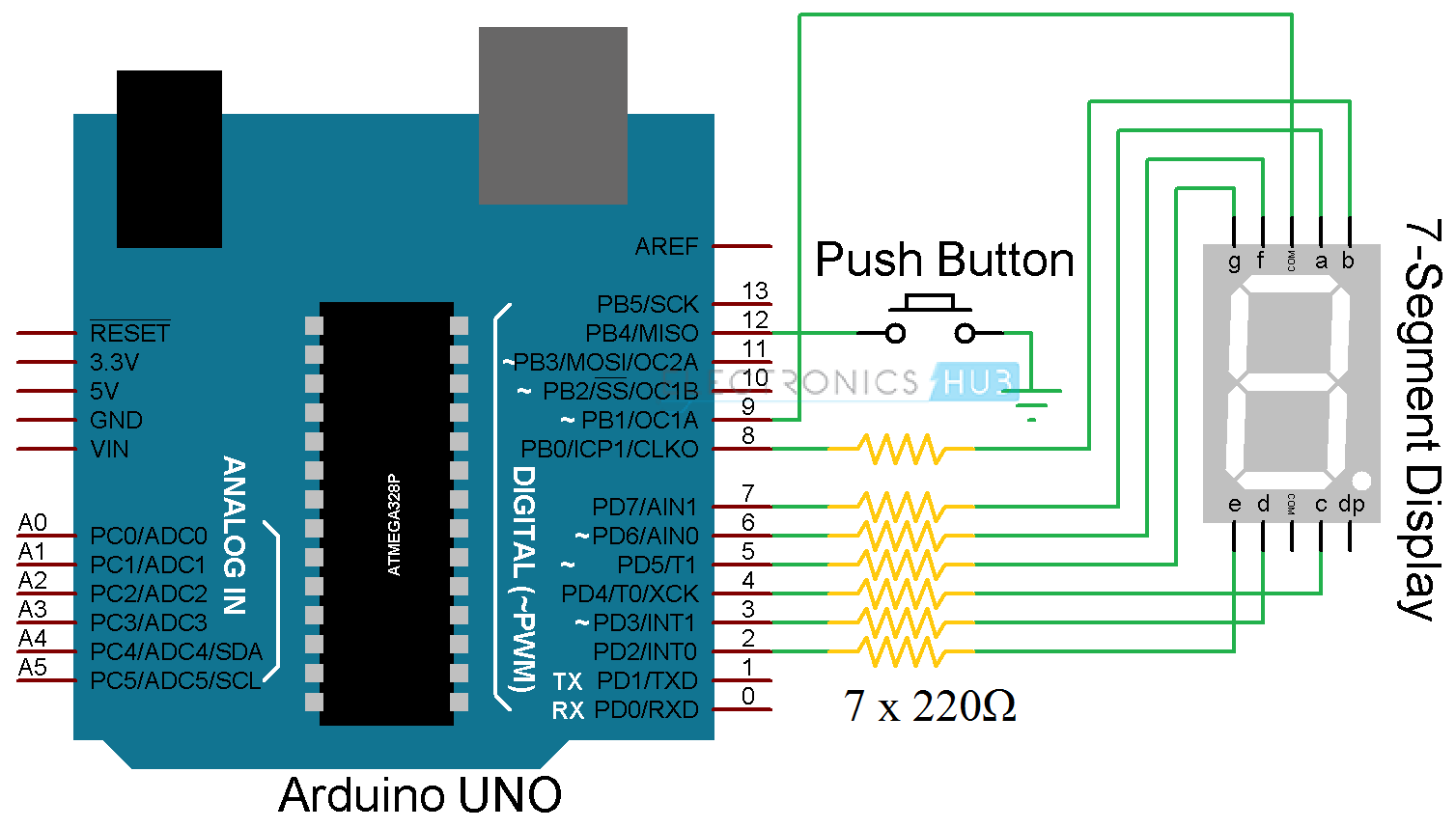 NOTE: In the practical implementation, I haven’t connected the current limiting resistors to the individual LEDs of the 7 Segment Display. But I recommend you to connect those resistors.

The working of the project is similar to the above project except that a Push Button is interfaced to Arduino additionally. When the button is pushed, you can see Arduino displaying numbers from 0 to 9. The moment you release the button, a random number between 1and 6 is displayed on the 7 Segment Display.