Audio tone control circuits are mainly used for 2 reasons. The first reason is to control the BANDWIDTH of the signal, which is entering into the audio POWER amplifier. It may not possible to recollect the original signal at the speaker if the bandwidth is not limited. The second reason is to satisfy with the music. Tone controlling is nothing but controlling the frequency of the signal to be amplified by the audio power amplifier. Normal audio signal consists of mixed frequency. Low frequencies in audio signals are called as BASS and higher frequencies are named as TREBLE. If you think about separating the frequencies in audio signal then Audio tone control circuit comes on to the picture.

Also Get an Idea About How a Subwoofer amplifier circuit works?

This article explains you how to design an audio tone control circuit with the gain of around 25. This design needs less number of components and it is cost effective. 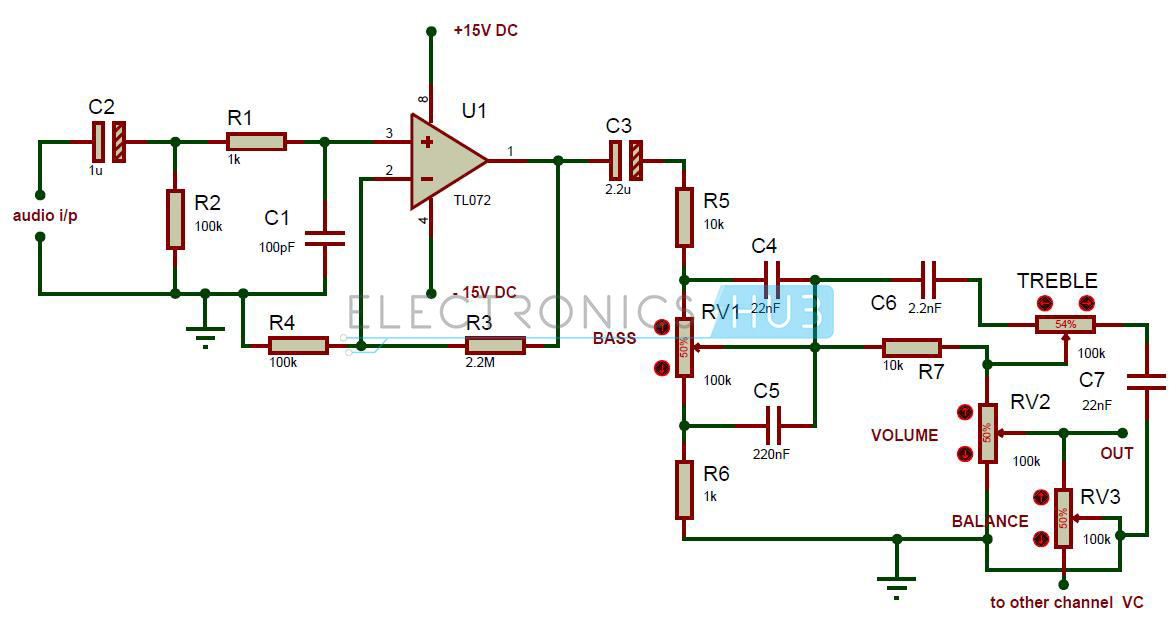 This circuit provides +15V and -15V power supply to the audio tone control circuit. Here center tapped transformer is used to step down the voltage. Diode Bridge D1 is made with four 1n4007 diodes. This diode bridge is used to provide pulsating DC from AC voltage. Capacitors are used to filter the AC ripples.

Do you know How an Audio Equalizer Circuit Works using Combinational Logic Gates?