A Light Detector or a Light Sensor is a device or circuit that detects the intensity of the light incident on it. Different types of light detectors are LDRs (or Light Dependent Resistors), Photo Diodes, Photo Transistors, etc.

All these devices are called as Photoelectric Devices as they convert light energy to electric energy. These Light Detectors or Sensors can detect different types of light like visible light, ultraviolet light, infrared light etc. 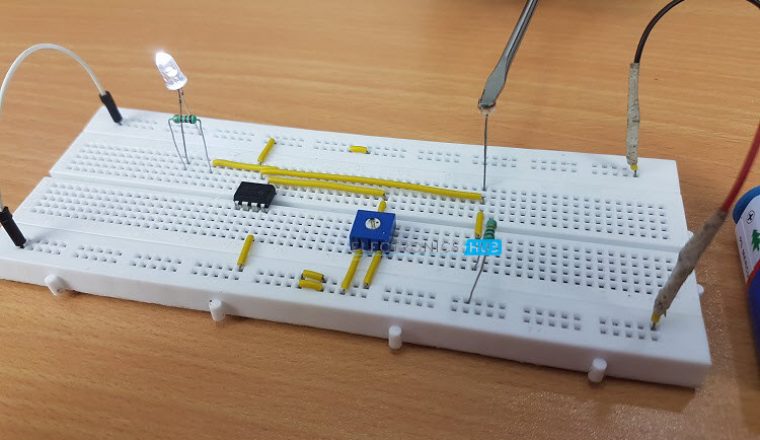 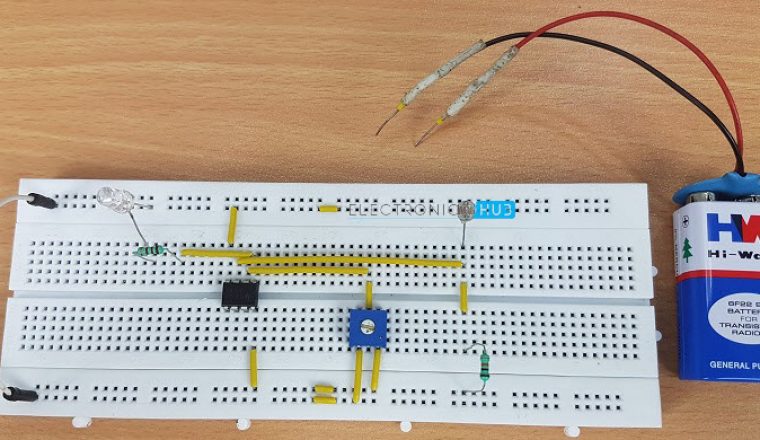 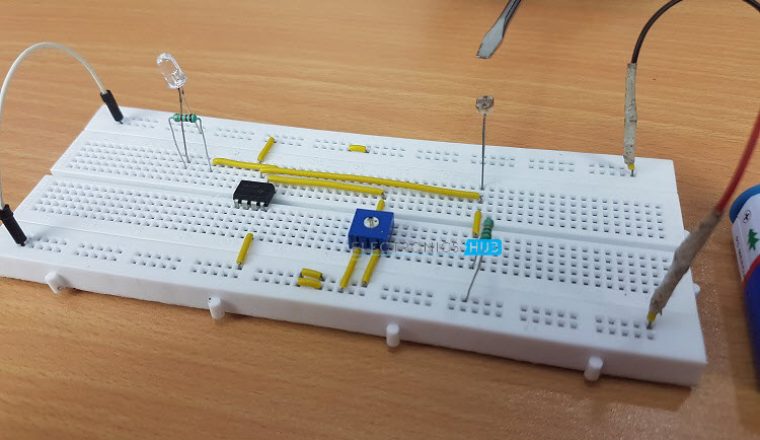 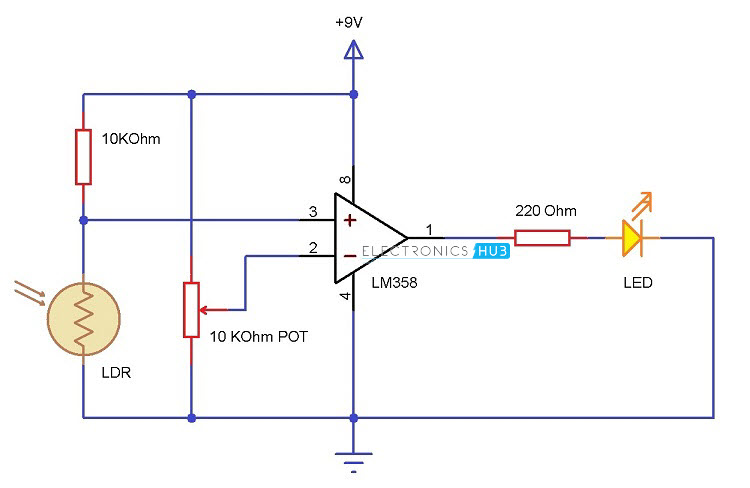 The main components of the project are LM358 Op – Amp and LDR. First let us see about LDR (Light Dependent Resistor). An LDR, as the name suggests, is a type of resistor, whose resistance changes depending on the intensity of the light surrounding it.

Typically, when light is incident directly on the LDR, its resistance will be very low and when there is no light i.e. in darker conditions, its resistance jumps to few mega Ohms.

We will use this feature of the LDR is our project to detect light and turn on an LED. For this we have used an Operational Amplifier. The Op – Amp is configured in Comparator mode i.e. it will compare the voltages at inverting and non – inverting terminals and correspondingly generate a HIGH or LOW output. 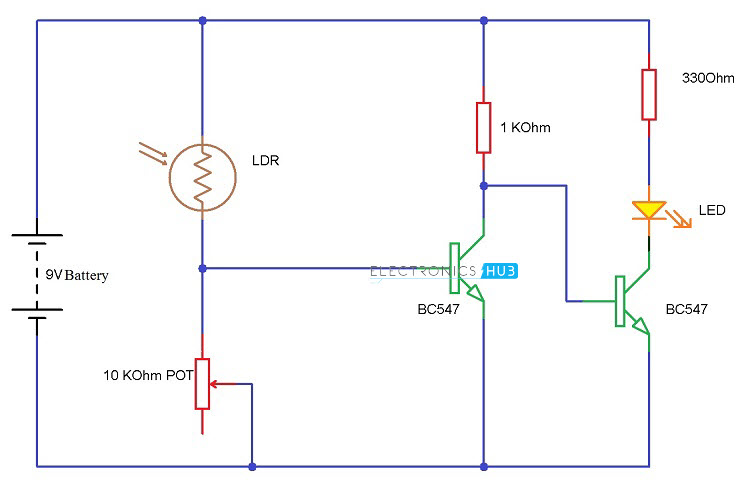 In the previous circuit, we have seen a simple Light Detector using LDR and an Op – Amp. If you don’t have an Op – Amp, then the above circuit will be helpful. It uses just two transistor to perform the light detection operation.

The construction of the circuit is very simple. A 10 KΩ Potentiometer and the LDR form the biasing resistors of the first Transistor. When there is light incident on the LDR, its resistance will become less.

When the light incident on the LDR is removed i.e. under darker conditions, the resistance of the LDR will become very high. Hence, the voltage from the POT will take a less resistance path i.e. it turns ON the first transistor.