LED Light bulbs are becoming more common and are replacing the CFL Bulbs. With the cost of LED light bulbs becoming lower, people are gradually shifting towards LED Lamps in their homes and offices. In this project, we will try to make a DIY LED Light Bulb or a DIY LED Lamp using an old LED Lamp housing (case).

In this DIY LED Light Bulb, the design of the LED Driver is very important. Generally, we have two ways of designing the LED Driver: using a Switching mode power supply or a regular transformer based linear regulator.

But for this DIY LED light bulb, we will be designing a transformer less power supply to act as the LED Driver. In fact, this type of power supply for LED Lamps is becoming more common (well, at least for lower wattage LEDs). 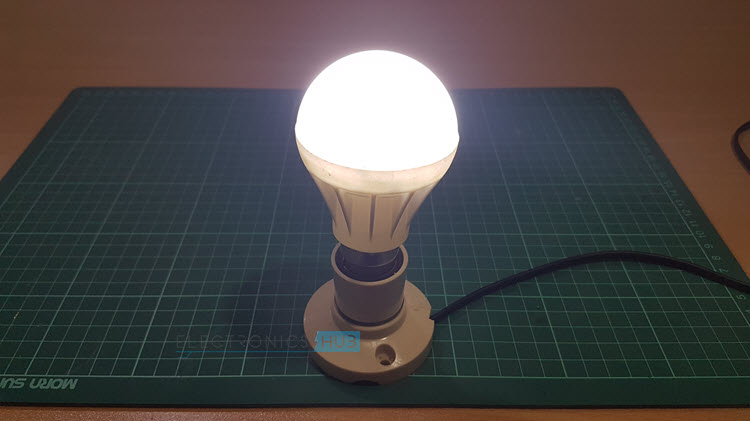 Warning: This DIY LED Light Bulb will work directly from the main supply i.e. 230V AC. You need to be very careful when working on AC Supply.

Warning: Designing Transformer less power supply without the knowledge of how the components work can be fatal.

NOTE: Use only metal film capacitor rated greater than equal to 400 for C1.

The main component of the Transformer Less Power Supply Design for the DIY LED Light Bulb is the X – Rated Capacitor. It is a metal film capacitor that is often used as a safety capacitor.

An X – Rated capacitor is placed between the line and neutral. If this capacitor fails due to overvoltage, the fail will be a short and the excess current will blow the fuse and hence avoiding any electrical shocks. 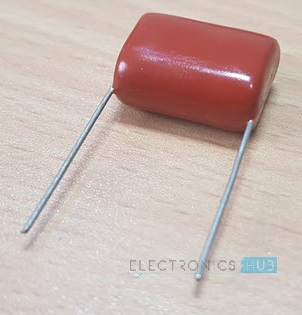 First, the main supply is given to the metal film capacitor. The other end of the capacitor is connected to the AC input of a bridge rectifier. To be on a safer side, connect a 100Ω 1W Resistor in series with the X – Rated Capacitor to act as a fuse (not shown in the circuit).

NOTE: If you do not have a bridge rectifier, you can connect 4 PN Junction Diodes (like 1N4007) in full wave rectifier mode.

The other AC Input of the Bridge Rectifier is connected to the Neutral of the AC Power Supply. The rectified output is given to a capacitor (C2). 12 8mm LEDs are connected in series across the capacitor.

The Resistor R1 will act as a bleeder resistor (it will discharge the capacitor in the event of power failure or if LED fails).

NOTE: We have disassembled a damaged LED light bulb and after reconstructing the circuit, it was similar to the one we have designed. The main difference is that they have used SMD Components for LEDs and Bridge and we have used through–hole components (for obvious reasons). 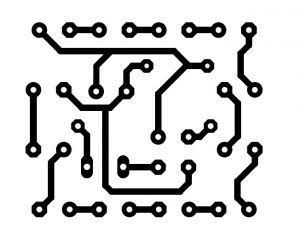 Assemble all the components as per the layout and solder them. We have got an empty LED Housing from an old LED Lamp. After assembling the PCB, we mounted the board in the LED Housing with all the wires.

Working of the LED Light Bulb

Now, we will see the working of this simple DIY LED Light Bulb.

Since, this capacitor is connected in series with the AC Supply, the total current available in the circuit is limited by the reactance of the capacitor.

The reactance of a capacitor can be calculated using the following formula:

XC = 1/2πFC Ohms, where F is the frequency of the supply, C is the capacitance of the capacitor.

In our case, we have used a 1.3µF Capacitor. Hence, the reactance of this capacitor is

Now, the current limited AC is given to the Bridge Rectifier. The output of the bridge will be 230V DC. This is given to a filter capacitor of rating 35V. But the peak to peak ripple voltage across the Capacitor C2 is around 44V.

This is given to 12 LEDs in series and hence each LED will take up around 3.7V, which is equal to the rated voltage of the 8mm LED.

As far as the power is concerned, the total power output by the LEDs is around 4W.

Also, the project involves working around 230V AC Mains Supply. You need to be extremely careful when working with AC Supply.