A Temperature Controlled System is a type of control system that automatically controls the temperature of an object or an area.

In this project, we have implemented a simple Temperature control system using simple components. The aim of this project is to automatically turn on or off the fan by detecting the surrounding temperature. 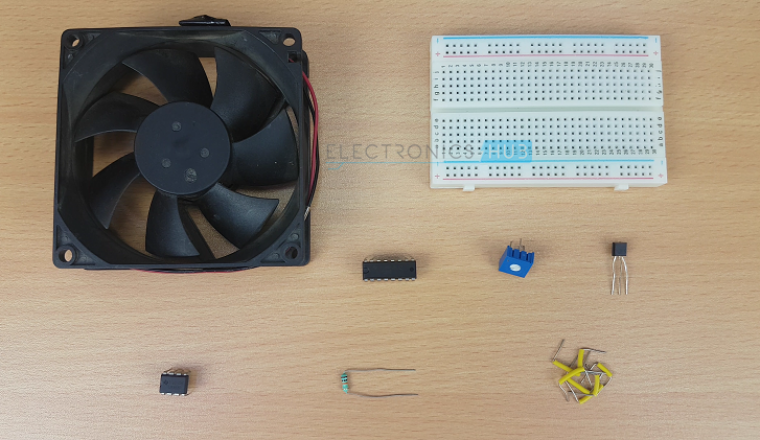 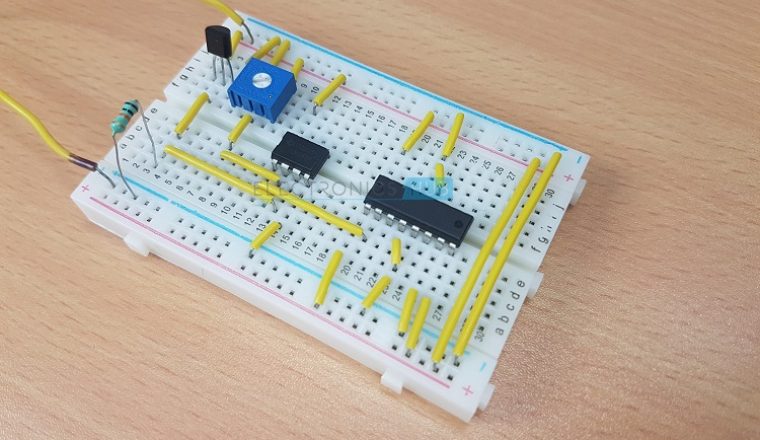 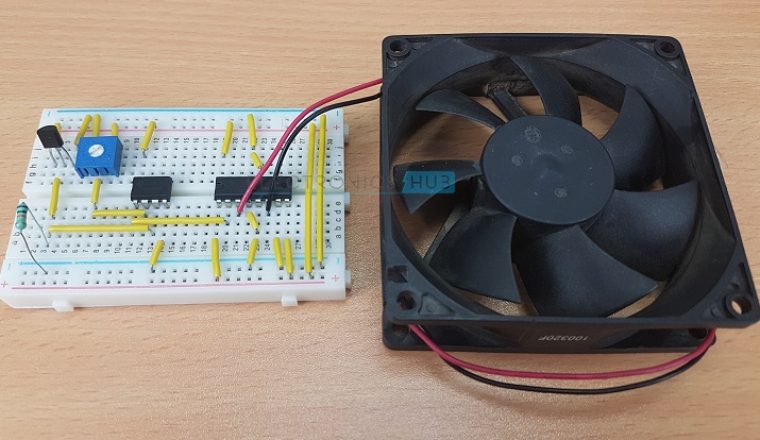 The hardware requirements for this simple temperature control system are: LM35, L293D, LM358, a fan and a few passive components (Resistors).

LM35 is a Celsius scale temperature sensor device with its output directly proportional to the temperature. LM35 can measure temperatures in the range of -550C to +1500C.

In this project, we are using LM35 Temperature Sensor to measure the temperature of its surroundings and send the corresponding voltage values to the controller (Op – Amp).

LM358 is an Operational Amplifier (Op – Amp) IC which consists of two independent Op – Amps. LM358 has a wide range of applications like filters, LED or Lamp Drivers, pulse generator, voltage controlled oscillator (VCO), amplifier, etc. In this project, we are using the LM358 Op – Amp IC in its comparator mode.

L293D Motor Driver IC: L293D is a Motor Driver IC which can drive two motors at a time with individual inputs as it has a dual H – Bridge Driver. In this project, we are going to drive a 12V PC Fan with this motor driver IC.

LM35 has 3 pins: VCC, Data and GND. Connect the VCC and GND to 12V and GND respectively and form a voltage divider with data pin and a 10 KΩ Resistor. The output of the voltage divider is given to the non – inverting input (Pin 3) of the Op – Amp (LM358).

The working of the Temperature Control System project can be explained easily by comparing it with a closed loop control system.

A closed loop control system consists of an input, a control device, output and feedback. The input is typically a sensor that continuously monitors the test parameter. Here, the input is the LM35 Temperature Sensor and the parameter we are interested in measuring is the Temperature.

The data from the input is given to a control device or system. This control device will actuate the output according to the input signals. In our project, LM358 Op – Amp is controller and it acts as a comparator.

This HIGH output from the Op – Amp is given to the Motor Driver, which along with the Fan, forms the output part of the Control System.

Since the other drive input of the motor driver is already connected to GND, whenever the output from the Op – Amp is HIGH, the Input to the L293D is HIGH and the Fan starts rotating.

This will cool down the surroundings and this phenomena acts as the feedback in the control system. If the temperature decreases, the LM35 senses it and signals the Op – Amp to turn off the Fan. 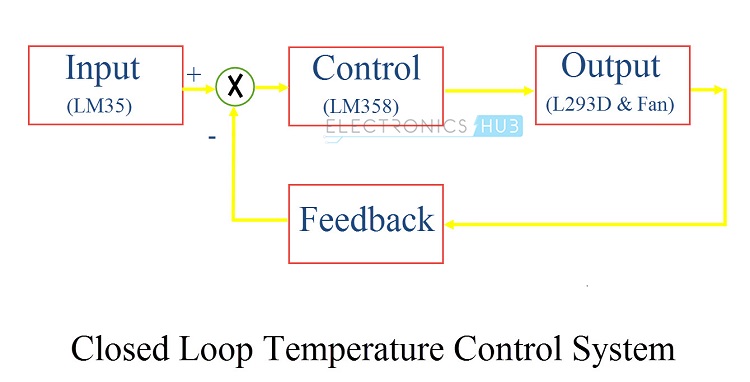