A Band Pass or Band Reject Filter stops or attenuates a band of frequencies while the frequencies outside this range are passed. The attenuated frequencies range is known as Stop Band.

The band stop filter is formed by the combination of low pass and high pass filters with a parallel connection instead of cascading connection. The name itself indicates that it will stop a particular band of frequencies. Since it eliminates frequencies, it is also called as band elimination filter or band reject filter or notch filter.

We know that unlike high pass and low pass filters, band pass and band stop filters have two cut-off frequencies. It will pass above and below a particular range of frequencies whose cut off frequencies are predetermined depending upon the value of the components used in the circuit design.

Any frequencies in between these two cut-off frequencies are attenuated. It has two pass bands and one stop band. The ideal characteristics of the Band pass filter are as shown below. 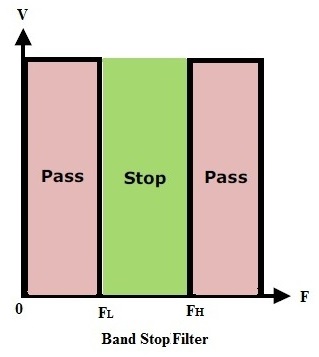 Where fL indicates the cut off frequency of the low pass filter.

fH is the cut off frequency of the high pass filter. 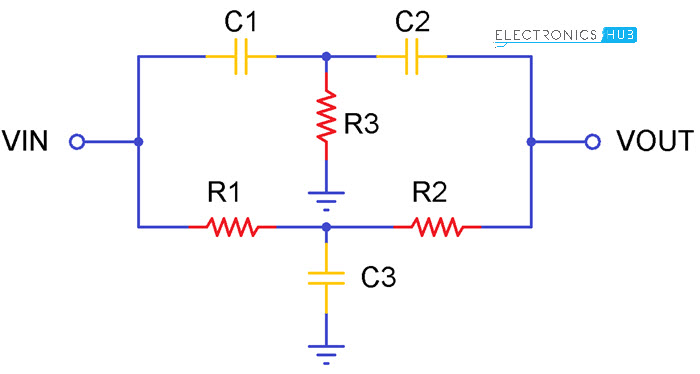 In practice, due to the capacitor switching mechanism in the high pass and low pass filter the output characteristics are not same as that of in the ideal filter. The pass band gain must be equal to low pass filter and high pass filter. The frequency response of band stop filter is shown below and green line indicates the practical response in the below figure. 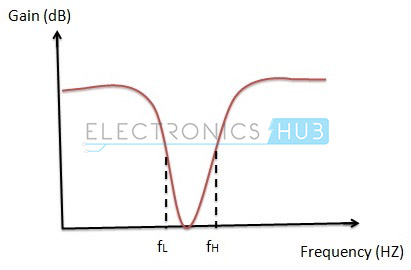 A simple band stop filter circuit with passive components is shown below. 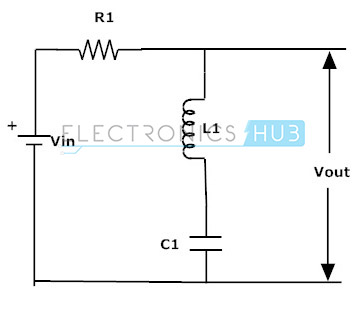 The output is taken across the inductor and capacitor which are connected in series. We know that for different frequencies in the input the circuit behaves either as an open or short circuit. 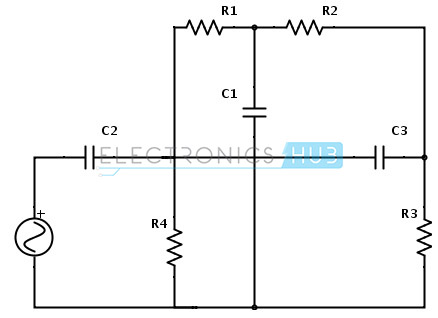 The above circuit shows the Twin ‘T’ network. This circuit gives us a notch filter. A notch filter is nothing but the narrow Band stop filter. The characteristic shape of the band stop response makes the filter as a notch filter.

This notch filter is applied to eliminate the single frequency. Since it consists of two ‘T’ shaped networks, it is referred as Twin T network. The maximum elimination is occurs at the centre frequency  fC = 1/(2πRC).

In order to eliminate the specific value of the frequency in case of a notch filter, the capacitor chosen in the circuit design must be less than or equal to the 1 µF. By using the centre frequency equation,we can calculate the value of the resistor.

By using this notch circuit,we can eliminate single frequency at 50 or 60 Hz.

The second order notch filter with active component op-amp in non-inverting configuration is given as follows. 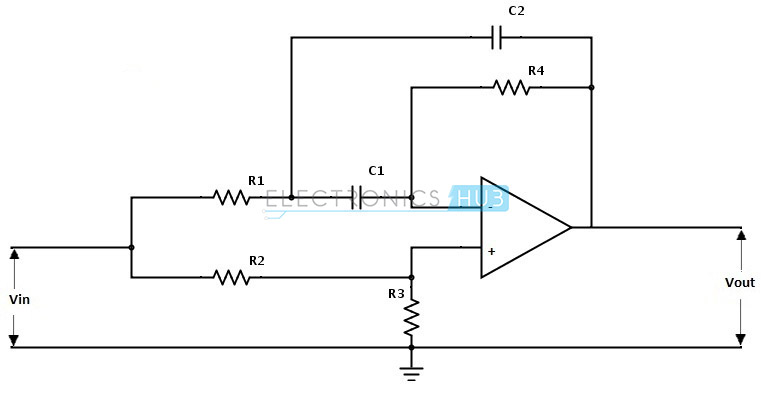 The gain can be calculated as

If the value of the quality factor is high, then the width of the notch filter is narrow. 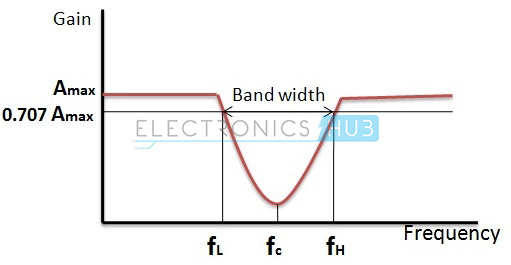 The typical stop bandwidth of the band stop filter is 1 to 2 decades. The highest frequency eliminated is 10 to 100 times the lowest frequencies eliminated.

Ideal response of the notch filter 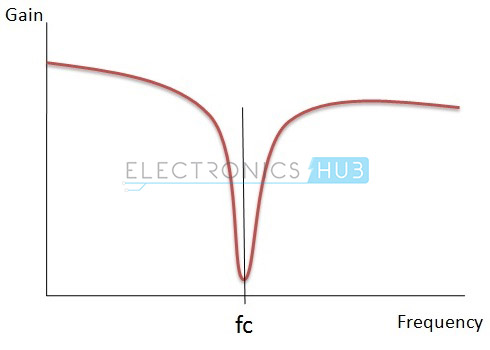 Thus, in order design the notch filter to eliminate 120 Hz frequency we have to take two parallel resistors with 4 kΩ each and the two capacitors in parallel with 0.33 µF each.

The Band Stop filter with narrow band stop features is called as a notch filter. It is used to eliminate single frequency value. It is formed by two resistors and two capacitors connected in two ‘T’ shaped networks.

So, it is referred as Twin ‘T’ filter. The bandwidth of the filter is nothing but the stop band of the filter. If the quality factor Q is high the narrow the width of the notch response. These are widely preferred in communication circuits.

In different technologies, these filters are used at different varieties.