In this project, we have used Arduino to control a Power Outlet so that it can be controlled with the help of a sensor or remote switch. We have designed a Power Outlet box with one plug and a switch that is connected to a relay module, which is controlled by the Arduino. For triggering the relay, we have used an LDR light sensor.

Alternatively, the Power Outlet can be made to work with Bluetooth, over the internet with Wi-Fi Module (ESP8266) or any other type of sensor. 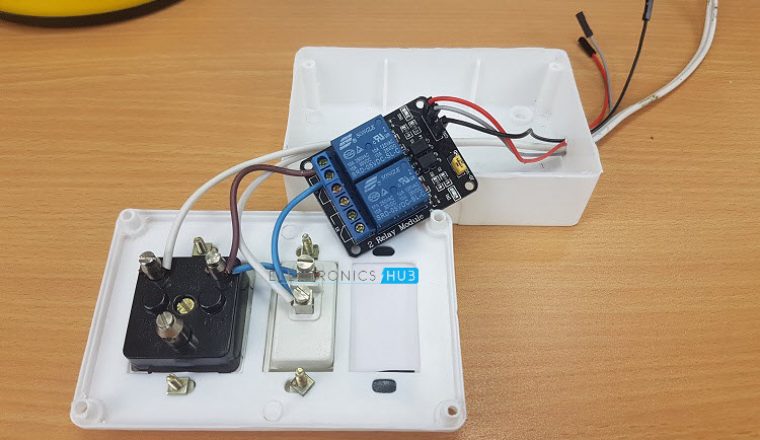 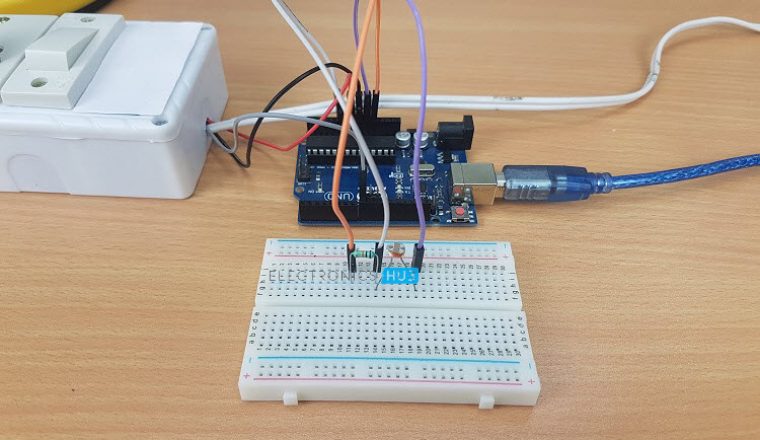 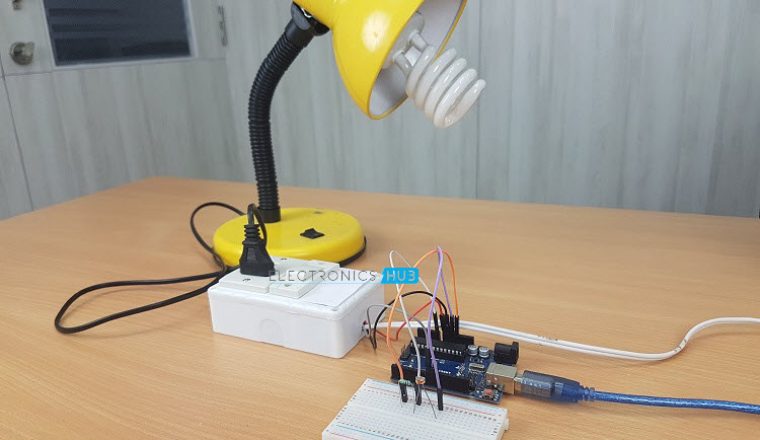 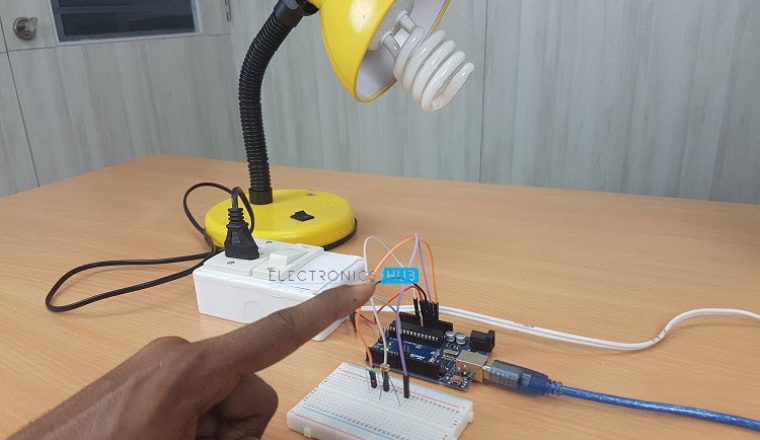 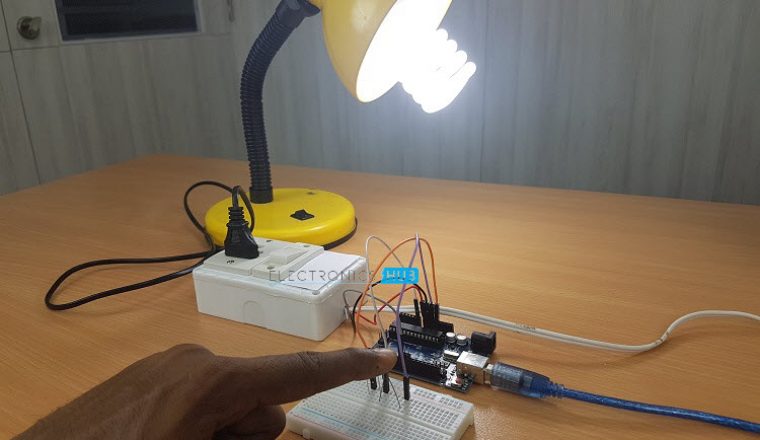 WARNING: We are going to connect 230V AC to the Power Outlet Box and the 5V Relay Module. It is very dangerous and you should be very careful while making the connections. Make sure that nothing is plugged in while connecting and switch on the supply only after double checking the connections. 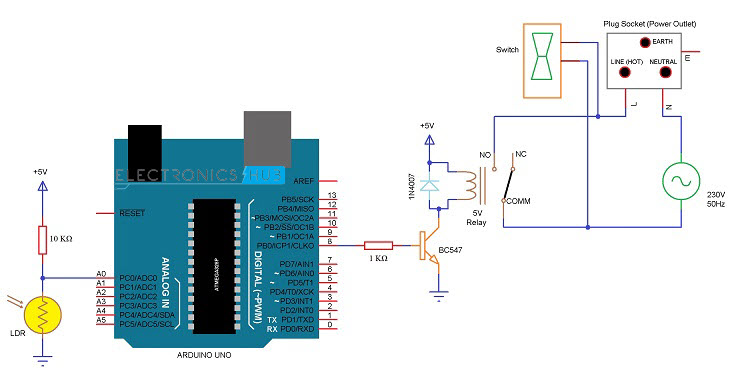 If Relay Module is not used, then we need the following components

We have used a single power outlet box with control switch. This particular socket is rated for 250V and 6A. So, any electrical device with power consumption up to 1200W (just to be on the safe side) can be easily used with this outlet. 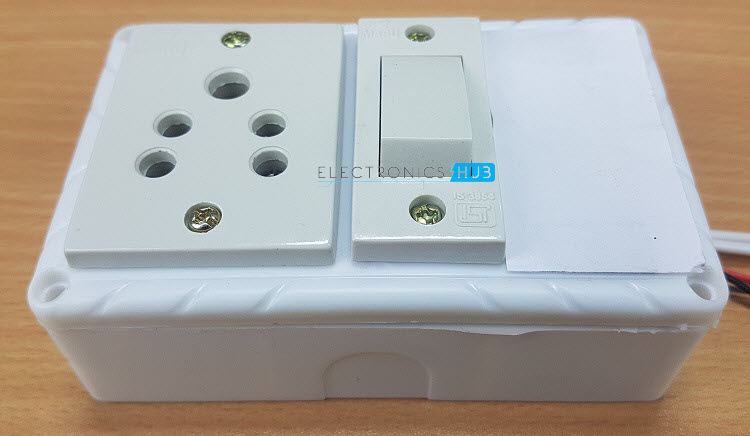 The 5V Relay Module is an important component of this project. It runs on 5V and hence, can be powered using the Arduino itself. This particular module consists of a 5V Relay, a transistor, a Zener Diode, an Optocoupler IC, couple of LEDs, corresponding current limiting resistors, screw terminals and few male headers for connecting power and other inputs. 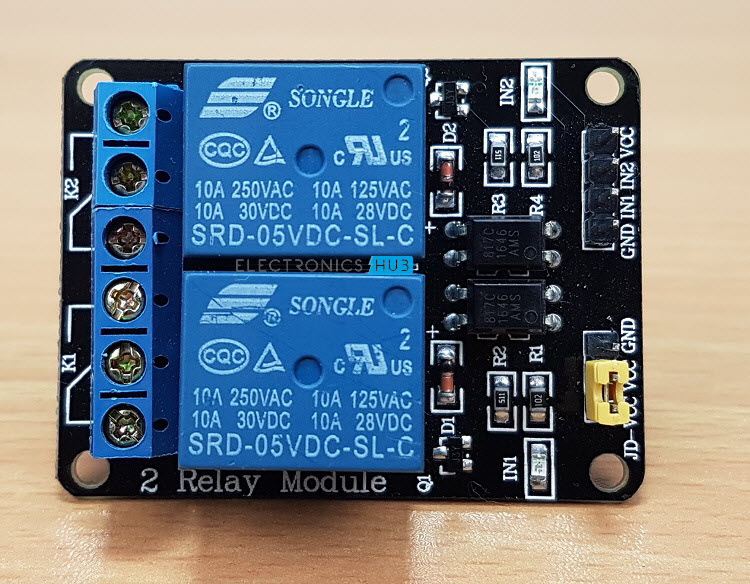 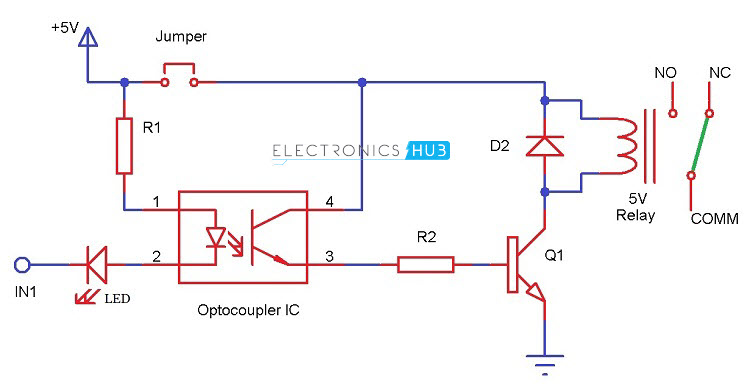 An LDR (Light Dependent Resistor) is used to sense the light falling on it and accordingly vary the output voltage. This voltage is read by the Arduino and will trigger the Relay.

Coming to the relay, the 5V and GND pins for the relay module are given from the Arduino UNO. The control pin for the relay is connected to the pin 8 of Arduino. 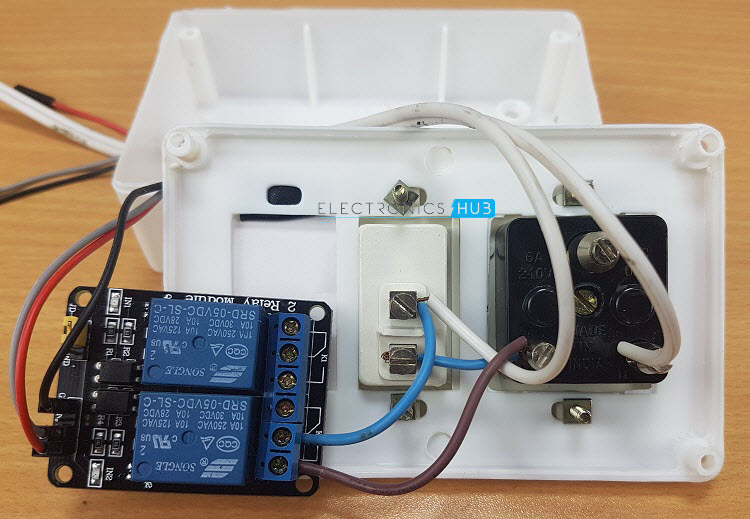 CAUTION: Be very careful when using AC Mains lines. It is very dangerous and could kill you.

A Power Outlet box that is controlled using Arduino is designed here. The working of the project is pretty straight forward and is explained here.

The connection between the Arduino and the power outlet is made through a 5V Relay Module. The switch provided on the power outlet box can be normally used to turn ON or OFF the appliance plugged in to the socket.

Since the Relay is also connected to the Socket, we can control the appliance with the relay as well. To make the project a little bit interesting, we have used a simple light sensor in the form of an LDR (Light Dependent Resistor) to trigger the relay.

Arduino will continuously monitor the readings from the LDR and when there is no light falling on the LDR (darker conditions), the Relay is activated and hence the appliance or device connected to the power outlet box will also be turned.

When the intensity of the light falling on the LDR increases, the relay will be deactivated and appliance will be turned OFF. For demonstration purpose, we have connected a 27 Watt CFL light to the power outlet.

If you observe from the circuit diagram, the switch on the power outlet box and the relay terminals are connected in parallel forming a circuit similar to the following image. 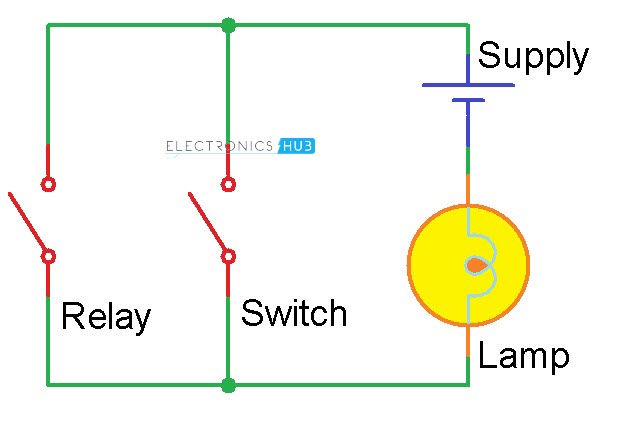 From the above circuit, either of the switches can be used to control the light and if one is active, the other switch is automatically doesn’t have a chance to control the appliance as this is not a Stairway Switch connection.