HDMI vs. DisplayPort vs. DVI for Gaming: Which One Should You Use?

Earlier, any cable would work fine for connecting the monitor to your computer. The display port, HDMI, and DVI offered the same performance until high-resolution monitors with high refresh rates hit the market. And this shift has made choosing the right type of cable an important task.

If you choose the wrong display interface, you might limit your monitor’s graphics ability. It’s the reason why you should spend some time before selecting the right cable. You should focus on the refresh rate and the resolution before making the right choice. So, if you’re ready to know more, read along.

DisplayPort vs. HDMI vs. DVI 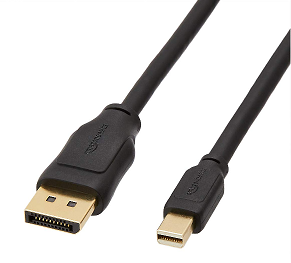 DisplayPort was initially crafted to replace DVI and VA interfaces. It helped the manufacturers to avoid the royalty fees related to using the HDMI ports. A display port can easily connect a video source to a display device.

You can also transfer USB data and audio data, which is quite amazing. You can connect 4K monitors with DisplayPort and expect it to support 8K resolution too. The DisplayPort can support refresh rates up to 24 Hz, which is another important feature.

You can use a DisplayPort to run multiple monitors or displays by using hubs or displays with daisy-chaining support. It is fairly good if you want to play games at high FPS and 4K resolution. 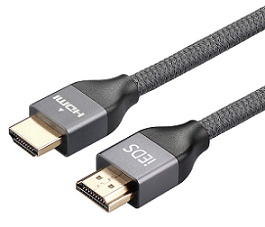 Using an HDMI port, you can transfer both audio and video data to an output device like a display. It’s also known as High-Definition Multimedia Interface. Earlier, the performance of HDMI ports was poor as compared to the DisplayPort. It’s because the HDMI port offered a lower refresh rate at higher resolutions.

However, the latest HDMI version, which is HDMI 2.1, can support a display with a resolution of up to 10K. Also, it can now support 4K displays with a maximum refresh rate of 240Hz. You can find three types of HDMI ports: –

The HDMI ports are backward compatible with DVI ports. So, you can use an HDMI-DVI cable without facing any video quality loss. 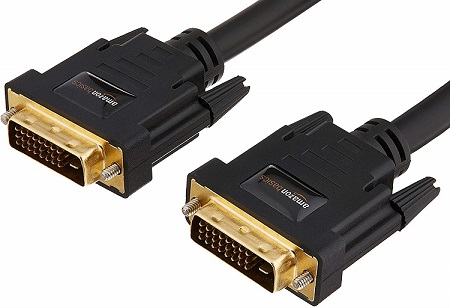 Computer users commonly use the DVI and it is known as Digital Visual Interface. However, it transfers only video data, which makes it different from DisplayPort and HDMI Port. But it can transfer the audio data in a newer type of graphics card when connected with a DVI-HDMI cable.

You can find two different formats in the DVI ports: –

HDMI vs. DisplayPort vs. DVI for 1080P gaming

Now, let’s consider all these interface types in relation to gaming. If you consider 1080P monitors with a 60HZ refresh rate, all three display interfaces offer similar display options. You won’t find full support for Ultra high-definition resolution in DVI as it is in DisplayPort and HDMI.

Despite this fact, DVI ports can handle 1080 gaming quite well. You won’t face much of a problem using DVI ports for playing high-definition games.

If you have a monitor with a 1080P resolution and 144Hz refresh rate, all of these interfaces will work perfectly. However, for the DVI interface to support this configuration, you’ll need a dual-link DVI cable because the single link cable won’t support it.

All in all, for mid-level gaming at 1080P, choosing any of the above interfaces won’t be a mistake. If you have a monitor with 1080p resolution and any of the above cables, you won’t have to buy a new one unless your graphics card doesn’t support the configuration.

In this section, we’ll consider high-end gaming. We’re talking about the 1440p and 4K resolution. The fact is that not many people across the globe play games at more than 4K. And for this, all three of these interfaces will work. However, you’ll need a dual-link DVI as stated above to support this resolution.

You should know that only very high resolution demands the right kind of display interface. Otherwise, for average or low-level usage, you can rely on any of these display units. Now, let’s focus on some specific scenarios.

Which Interface is Right for You?

In most cases, all three cable types will function as there’s not much difference. However,  gamers with specific needs might have to choose the correct type of cable. And this article has almost all the information you need.

If you’re a gamer and playing at 1080P with a 60Hz refresh rate or even a 144Hz refresh rate, DisplayPort, DVI, and HDMI port will work. So if you’re considering replacing or switching the interface type, then don’t. It’s because changing won’t make any difference.

And if you’re a high-end gamer working at high refresh rates and resolutions, higher HDMI and DisplayPort versions will work. At higher configurations, the DVI port becomes unviable. All in all, when it pours down to choosing the right type of cable, you should consider the resolution and the refresh rate.