Multiple GPU setups are usually for a hardcore gamer or those who have a high graphic requirement. If you have ever managed a multi-GPU system, you would have heard about CrossFire and SLI. CrossFire and LSI are technologies that allow multiple GPUs to work together.

CrossFire was developed by AMD, while Nvidia developed SLI. In this article, you’ll find detailed info to help you distinguish between them. So, if you’re ready, let’s start.

What Is AMD CrossFire? 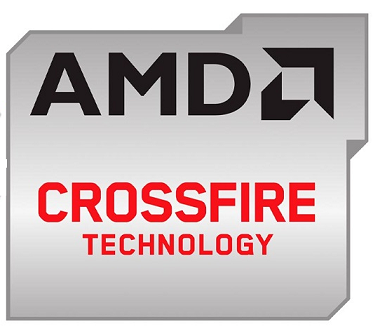 CrossFire is a hardware technology crafted by AMD. Using Crossfire, you can use multiple compatible GPUs in a single computer unit.  The motive here is to amplify the graphics performance and quality.

What Is Nvidia SLI? 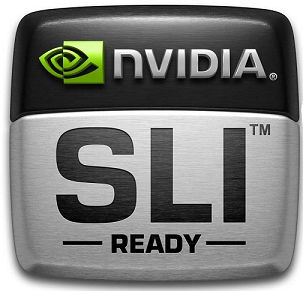 SLI is the counterpart of CrossFire from Nvidia. As CrossFire supports GPUs from AMD, SLI is also exclusively meant for GPUs from Nvidia. SLI has been out there since 2004. But it has been significantly updating in the past years.

Talking generally, Nvidia’s SLI and AMD’s CrossFire have pretty much the same technology. However, they support GPUs from their specific brand. Let’s understand how they differentiate.

AMD’s CrossFire supports all the GPUs that come with the same architectural generation. Even if the clock speeds or RAM size is different, it will still support them.

However, it’s not the case with SLI. It’s quite strict. You need to have the same graphics processors with the same RAM configuration.

Let’s take an example. With CrossFire, you can club an AMD Radeon RX 570 with an RX580 without any problems. But with SLI, you’ll need to buy identical Nvidia GeForce GTX 1080 cards. So, it can be quite cumbersome to gather identical GPUs.

However, there’s a reason why Nvidia does that. Nvidia limits the compatibility to deliver more consistency to the user. But AMD tries to offer versatility and numerous options, which somehow reduces the consistency. Overall, there’s not much of a difference in performance.

Earlier, one had to buy a bridge for connecting multiple GPUs using SLI and CrossFire. There was AMD Bridge Interconnect for CrossFire and Nvidia SLI Bridge, obviously for SLI. However, after the release of the 200 series and onwards, CrossFire started using PCIe and discarded the bridge’s use.

AMD did this because of a hardware engine technology known as XDMA. XDMA helps in opening a direct channel between multiple GPUs. It also helps GPUs to communicate with each other without involving the non-required parts.

With PCIe, there was no performance effect, but it proves to be more substantial than the bridge. Also, it increased the motherboard support.

Unfortunately, Nvidia still uses the good old bridges to connect the GPUs. Nvidia has regularly updated the bridge in the past few years, with NVLink being the latest version. It offers up to 50 times the bandwidth compared to the predecessors but is compatible with GPUs in the RTX2800 range.

When you perform low-end tasks like playing music, watching movies, or simply browsing, the power consumption will be less. On the other side, if you’re playing games, it will consume more power. However, SLI doesn’t support APU; you need to have separate GPUs or external GPUs to use this device.

Now, if you want to use SLI, you need to have an SLI-certified motherboard along with some PCIe slots to meet a certain requirement. As you would have guessed, CrossFire offers better compatibility. All you need is two or more PCIe slots.

It’s the reason motherboards with CrossFire support are cheaper and easily available. So, the winner of compatibility is CrossFire.

If you want to use CrossFire, you can only use it in the full-screen mode unless it’s created in a way to do so. However, SLI is compatible with both windowed/borderless or Fullscreen mode.

There may be some differences, but the core configurations remain the same. Here are the similarities between Nvidia SLI and AMD CrossFire:

CrossFire and SLI share the same multi-GPU rendering modes, which are AFR and SFR, respectively. The Split Frame Rendering, or SFR as the name suggests, splits the frame by dividing them into two parts and reentering each part independently. After that, the rendering work is blended into a single frame.

When it comes to the CrossFire setup, the SFR mode is known as Scissor. The name might be different, but the overall job is the same. It makes the use of AFR or Alternate Frame rendering. It assigns particular frames to each card working in unison alternatively.

Initially, the first GPU will render the first frame, and in the meanwhile, the 2nd GPU draws the other frame. And this is how it works.

Critics or most users criticize both these technologies quite the same because of identical core concepts. One of the most prominent issues is the requirement of profiles for the game to work from Nvidia and AMD.

However, this issue will come to an end with the use of DirectX 12. Another downside or common issue is the micro stuttering caused by AFR mode in both SLI and CrossFire.

It is pretty helpful to be able to understand the core differences and similarities between SLI and Crossfire. However, not many individuals are opting for multiple GPU setups these days.

After all, the new powerful GPUs can deliver a decent performance and meet all of your hardcore gaming requirements. Unless you require an extremely high resolution, investing money in a multi-GPU setup is not a wise thing to do.